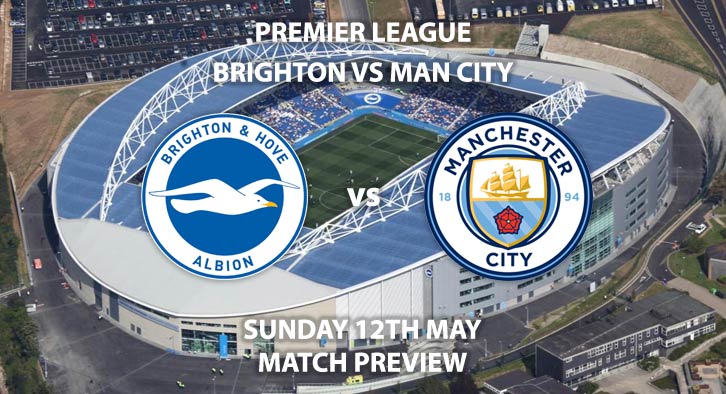 Pep Guardiola’s side are one win from retaining their Premier League crown. City have won 20 of their last 21 games in all competitions, which has kept them one point ahead Liverpool heading into the final day of the season. It was frustrating night for champions on Monday against Leicester until Vincent Kompany’s 30-yard screamer which saw them defeat the Foxes. The City skipper has been at the heart of every title win to date, so it is only fitting that he grabbed the winner at the Etihad. It was yet another clean sheet for City too, their 10thin 12 league games. Guardiola’s side know how to get the job done in the tightest of circumstances and are no strangers to sealing a league title on the final day.

Brighton’s Premier League status was sealed last weekend after Cardiff were relegated. The Seagulls also grabbed a very notable point at the Emirates, battling back from one goal down. Back-to-back draws have helped to stop the rot for Chris Hughton’s side, but they haven’t tasted victory since March, which is a worrying run. Brighton will need an overhaul in the summer, they have become too reliant on Glenn Murray’s goal. Whilst the Englishman has had another good season, he is 35. A striker and some creative wingers need to be at the top of their shopping list, to avoid another relegation battle next season.

Michael Oliver is the referee for this fixture. The Englishman has officiated 43 top-flight matches this season. In that time, he has accumulated an average booking points total of 33.6. Therefore, I would advise a maximum of 50+ total points for this fixture.

Manchester City are calm, cool and collected. I just can’t see a Brighton, who are toothless, causing them too many problems. Once the first goal goes in, it will be game over and I expect City to be champions

Brighton vs Manchester City will be televised live in the UK on Sky Sports Football with kick-off at 15:00 BST.