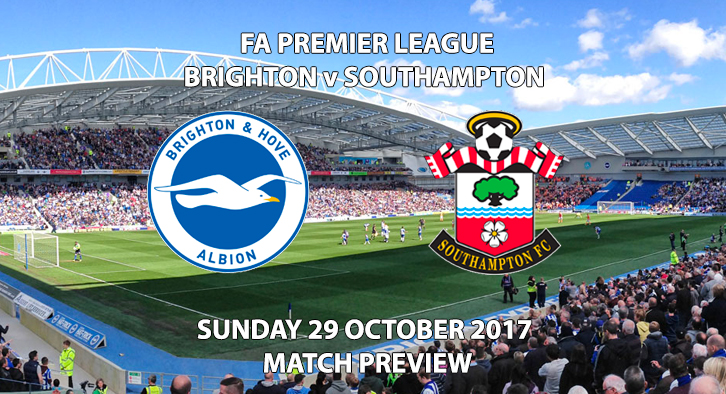 Brighton vs Southampton – Match Preview – Brighton and Hove Albion host Southampton this Sunday in Premier League action. Both sides are sitting comfortably midtable with Southampton two places ahead in 10th with one more point than their opponents.

Brighton most recently dispatched of West Ham 3-0 away from home with Glenn Murray stealing the headlines with a brace. Jose Izquierdo scored the other right on the stroke of half time in what was a good afternoon for Chris Hughton and his side. 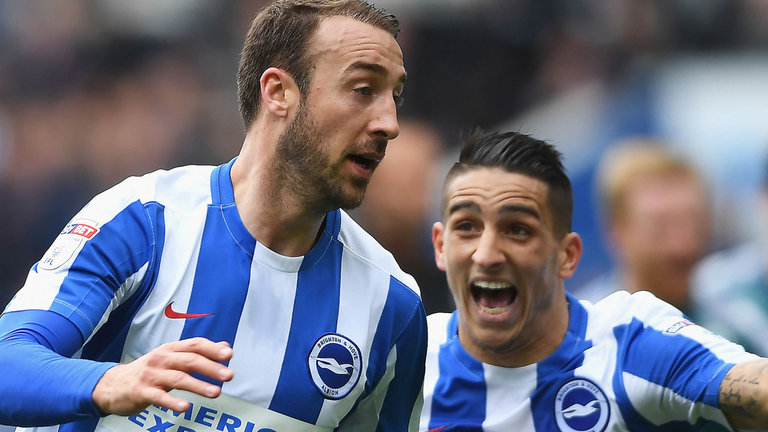 In their previous outing, Southampton ran out 1-0 victors over West Brom thanks to an 85th minute goal from Sofiane Boufal. Southampton dominated the match, as they often do, but still struggled to find that clinical edge they require. The Saints have scored 8 goals in 9 matches so far, however in many of those matches they have had 15 or more attempts on goal.

Brighton have held their own since arriving in the Premier League, much thanks to Chris Hughton’s defensive tactics and their never say die attitude. They haven’t lost by more than a two-goal margin all season so far, meaning they are always still able to pull something out of the bag. They are likely to line up in a classic 4-4-2 formation that saw them get success away at West Ham. They often run a very rigid backline and their midfielders are often defensively minded first. Winger Anthony Knockhaert has won over the hearts of the Brighton fans not just for his attacking prowess but for his work rate. Can he help his side to victory? 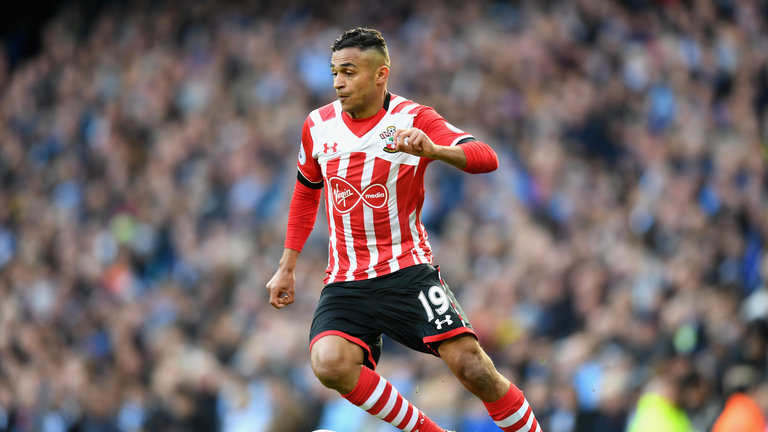 Boufal has the creativity to break down the Brighton defence Photo Credit: skysports.com

Southampton have had a mediocre start to the season by their standards. Although they have won several matches, they have also drawn three matches against Swansea, Huddersfield and Newcastle who are all teams they would expect three points against. Brighton are of a similar level to those sides, so it is very possible that Southampton could have another poor day in front of goal as they so often do. Sofiane Boufal has really begun to come into his own after a shaky first season at St Mary’s. His pace on the counter has allowed Southampton to catch sides out this year, even if they haven’t taken full advantage just yet.