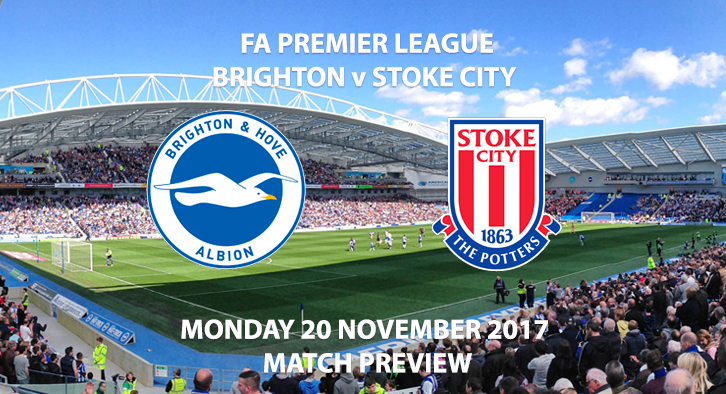 Brighton vs Stoke City – Match Preview – Brighton are looking to continue their excellent start to life in the Premier League when they host a struggling Stoke side at the Amex Stadium.

After finishing as runners-up in the Championship last season, Chris Hughton has led his Brighton team superbly in their maiden Premier League campaign. The Seagulls are in 9th with four wins and three draws from their opening 11 matches, with Glenn Murray to thank for half, with the veteran forward scoring in his last three games.

It is no surprise Hughton has made Brighton so defensively sound, and it is truly the foundation of which they are set up on. Only both Manchester clubs, Tottenham Hotspur and the similarly impressive Burnley have conceded less goals than Brighton’s 11 this term. 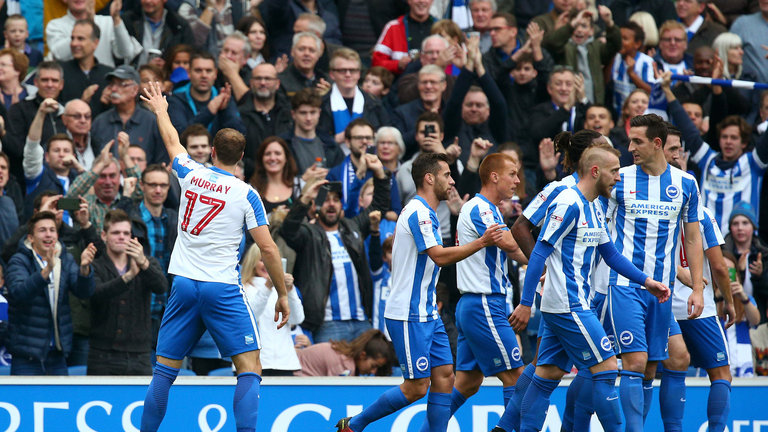 Murray and Brighton have had a good season so far, currently 9th in the league Photo Credit: skysports.com

Competing and competing effectively with the stature and money of other clubs in this division is an almighty task and Albion deserve every admiration for doing so. Although it is still early to call, the struggles of other clubs such as Crystal Palace and Swansea City should see Brighton over the line in obtaining their goal of Premier League safety.

Testament to this, is the fact Brighton could match their best ever top-flight unbeaten record of five games by avoiding defeat here.

Despite there being only three points between the teams at the start of play, the mood is very different at Stoke City. Fans are becoming frustrated with the sides’ inconsistency – a trait not normally associated with The Potters. Mark Hughes has been under some pressure as questions upon the team’s long-term future are increasingly pondered. 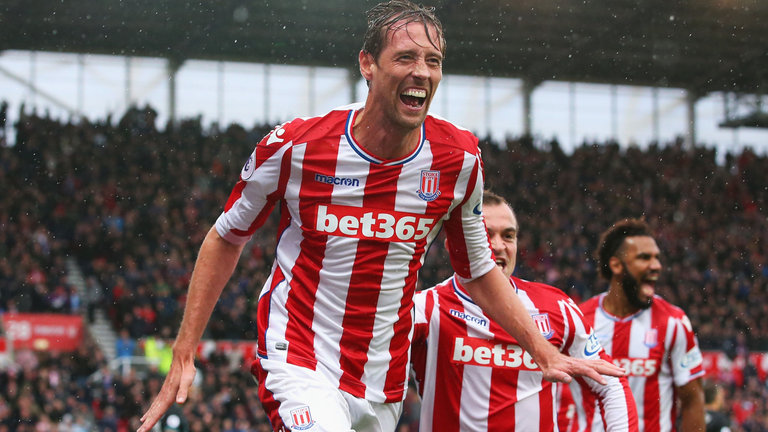 Crouch could start and play an important role for the Potters Photo Credit: skysports.com

Whilst there seems to be a large amount of talent in the squad (Xherdan Shaqiri, Kurt Zouma, Eric Maxim Choupo-Moting) and the ability to beat anyone on their day (beating Arsenal 1-0 in September for instance), Stoke have never been able to string a run of decent results together and consequently find themselves forever looking down the table instead of onwards and upwards. Goalkeeper Jack Butland has been ruled out for the game due to a broken finger whilst with England but forward Peter Crouch has supplied some goals for Stoke and could be in the running to start.

Hughes will always argue that the finer margins can and do affect Stoke regularly and had certain decisions been made or chances been taken then the outlook would be completely different. The Potters are very unlikely to be dragged into a relegation battle, but the feeling is that more should be achieved.

After beating Watford at Vicarage Road last time out, Stoke could claim their first consecutive away victories in the league for the first time since October 2015.

Stoke have won their last eight games in a row against The Seagulls, keeping five clean sheets in the process. Another win at Brighton here would take Stoke into the top half and would go a long way to dismissing those questions asked – at least for the time being.