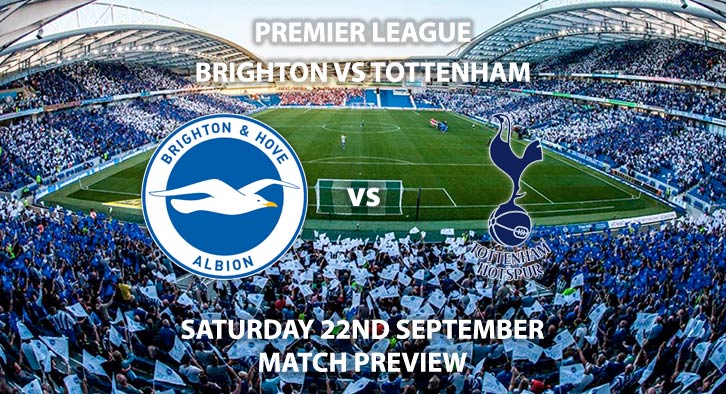 Brighton vs Tottenham Hotspur: Tottenham will be looking to bounce back from three consecutive defeats when they face Brighton at the Amex Stadium on Saturday night.

Defeat in midweek against Inter Milan made it the first time Tottenham had lost three games in a row under Mauricio Pochettino. The Italian’s comeback from one goal down raised questions over Spurs’ inability to defend set pieces. Pochettino himself was criticised, having left both Toby Alderweireld and Keiran Trippier in London for ‘technical reasons’. The truth is that Tottenham lack a midfield general. Eric Dier doesn’t have the mobility to compete against the top teams, whilst Moussa Dembele is too offensive minded. Spurs have lacked a real holding midfielder since Scott Parker. Someone with athleticism and discipline, who can control that central area.

Against Liverpool, this showed. Harry Winks, Dier and Dembele were overrun by the Reds more energetic, vibrant midfield trio. Their defeat against Watford could be put down as complacency, but against Liverpool and Inter there was a serious lack of quality from Pochettino’s men. That will have to change if they are to claim another top-four finish and progress in Europe.

Brighton came back from two behind on Monday night as they drew 2-2 at Southampton. The Seagulls struggled in the first 45 and found themselves 2-0 down thanks to goals from Pierre-Emile Hoijberg and Danny Ings. However, in true Brighton fashion, their big players came up trumps. Shane Duffy pulled one back before Glenn Murray sealed the comeback with a 90th-minute penalty. That result leaves them in 14th place, with five points from as many games. At home is where they prosper; the Amex Stadium has become a very difficult place to go and win. Therefore, this is not the ideal trip Tottenham could have asked for.

Chris Kavanagh is the referee for this match. The Englishman has officiated three top-flight games this season, accumulating an average booking points total of 26.7. Therefore, I would advise a maximum of 40+ total booking points for this fixture.

This is one of the last game Pochettino will have fancied, having lost their last three. Chris Hughton’s side always make it difficult for visiting sides and will have their tails up, given Spurs’ form. As a result, I’m going to edge for a score draw in this one.

Brighton vs Tottenham Hotspur will be televised live in the UK on BT Sport 2 with kick-off at 17:30.