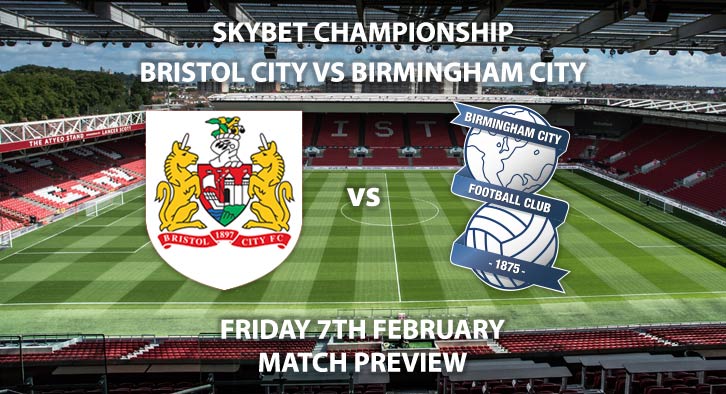 Both sides come into this fixture following impressive wins in their most recent Championship encounter. Bristol City won 1-0 away at QPR, meanwhile Blues were victorious against Nottingham Forest, winning 2-1.

These two sides faced each other right at the beginning of the season in August, where they played out a 1-1 draw at St Andrews. Tommy Rowe struck a late equaliser for the Robins who trailed thanks to Lucas Jutkiewicz’s second half opener.

Lee Johnson’s Bristol City side are the in-form team in the division and have won their last four on the bounce. City currently trail Leeds United, who occupy the second automatic promotion spot by five points, but know that a win would stand them in good stead, and close the gap before Marcelo Bielsa’s side play this weekend.

Birmingham enjoyed midweek FA Cup success thanks to a penalty shootout win over Coventry to seal their progression to the fifth round. Birmingham have started 2020 strongly, and haven’t lost since their New Year’s Day defeat to Wigan Athletic. Pep Clotet’s side are unbeaten in their last seven matches in all competitions, and their strong form has distanced themselves from the drop zone. Blues currently sit 17th in the division.

Birmingham have lost once in their last seven trips on the road in the Championship, and SkyBet are offering odds of an away win at 9/4.

Meanwhile Bristol City’s last four consecutive wins have been that bit sweeter too, as they have kept clean sheets in each of their victories. Bristol City to win to nil is priced at 3/1.

Bristol City have enjoyed the better results in this fixture winning two of the last four. However, their win in April 2018 ended a fourteen-match winless run against Birmingham, with their last win before that coming in November 1998.

The referee for this fixture is Keith Stroud. The 50-year old has been one of the harsher referees this season, accumulating an average of just under four yellow cards in the Championship this season. Stroud has also awarded two red cards this season.

Bristol City vs Birmingham City will be televised live in the UK on Sky Sports Football with kick-off at 19:45 GMT.