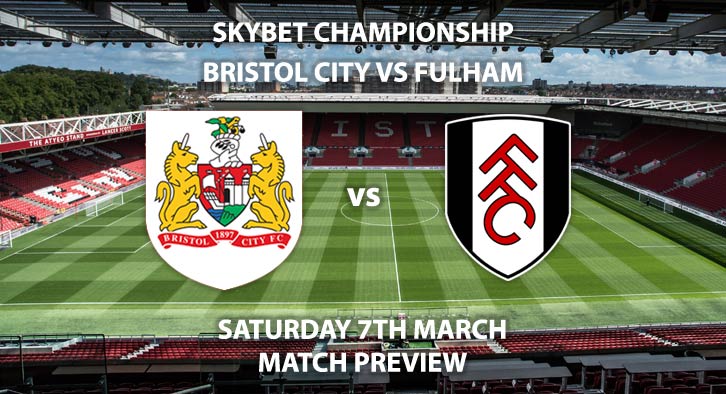 The hosts are having a torrid time of late without a win in four matches and suffered three defeats on the trot. They are still in the picture for the play-offs but need to turn their fortunes round quickly. Meanwhile, Fulham are proving to be the real deal as they remain in touching distance of the top two places held by West Brom and Leeds United.

Bristol City are priced at 12/5 to win the match by SkyBet and put an end to their poor form in the second division. The Robins have well and truly stalled in their season. They are without a win or a clean sheet in six league matches. Lee Johnson’s side have also struggled in front of goal with just two netted in their last four matches.

Nahki Wells, who joined in January after time at QPR, has been impressive across the campaign and now has 14 goals to his name. He is priced at 2/1 to score anytime.

Fulham are priced at 11/10 to claim a vital victory on the road as they cement their place in the top six. The Londoners are having a great season under Scott Parker’s regime and boast a great away record. They are unbeaten in six matches on the road and have one of the most deadly strikers in the league.

Aleksander Mitrovic has continued to prove why he is too good for the second division with 23 goals this season. He is priced at 6/5 to score anytime.

The referee for this match will be David Coote. The official has not been too involved in the Championship this season with just seven matches in charge but has averaged a huge 48.9 booking points from those matches.

– This should be a tight match and the visitors have plenty of match winners in their side.