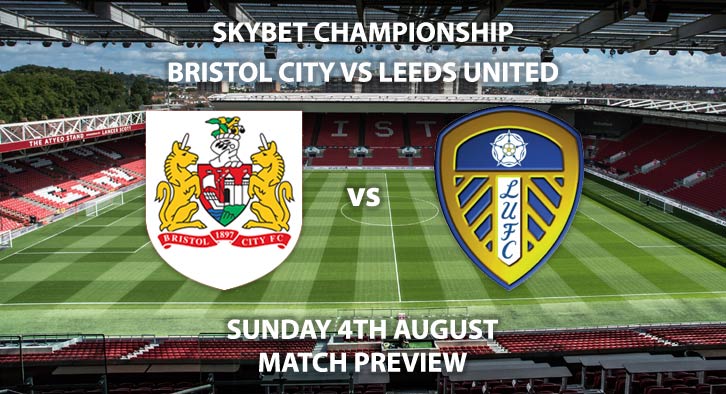 Promotion favourites Leeds United will be hoping to start their season with three points when they take on fellow top-six hopefuls Bristol City on Sunday.

The Whites are the bookies’ favourites to win promotion this season under Marcelo Bielsa. After falling just short last term, United are back with and stronger after a busy summer window. Helder Costa is their marquee signing after he arrived from Wolves on an initial loan deal. New recruit Ben White will partner Liam Cooper in defence after Pontus Jansson’s departure, and with Gaetano Berardi suspended, whilst Jack Harrison and Jack Clarke are vying for places on the wing after agreeing loan deals from Manchester City and Tottenham, respectively.

With a full Bielsa pre-season under their belts, Leeds will be confident of avoiding the traps of last season. Their squad has better depth now, although an extra centre-back before the window shut would not go amiss. That’s the only hole in their squad, although injuries are once again causing problems. Tyler Roberts, Luke Ayling, Bailey Peacock-Farrel and, crucially, Kemar Roofe will all miss the season opener.

Leeds started last season fantastically, with five wins from their opening eight games in August. They’ll be hoping for a similar start and a similar result to last season, after doing the double over the Robins in their two league fixtures.

Bristol City have recruited fantastically, adding Chelsea trio Tomas Kalas, Jay Dasilva and Kasey Palmer on permanent deals. Daniel Bentley, regarded one of the league’s best ‘keepers, has also joined from Brentford. A new striker is very high on the Robins’ shopping list to offer help to the likes of Famara Diedhiou and Andreas Weimann in attack.

They’ll also be desperate to keep gold of Byron Webster, who could the subject of a late £25m bid from Brighton as a chain effect if Harry Maguire moves to Manchester United. Having fallen just short of the top six in the last two seasons, City’s form at Ashton Gate will be vital if they’re to go one step better this time around.

Tim Robinson is the referee for this match. The Englishman accumulated an average booking points total of 44.7 across 35 Championship games last season. Therefore, I would recommend a maximum of 60+ booking points for this fixture.

Leeds will want to hit the ground running but they could have had few tougher opening day assignments. Bristol City have promotion ambitions of their own and could pose a real threat. As a result, I’m going for a high-scoring draw.

Bristol City vs Leeds United will be televised live in the UK on Sky Sports Football with kick-off at 16:30 BST.