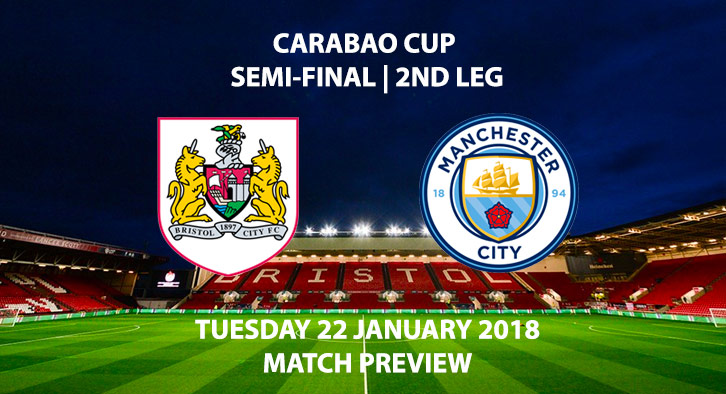 Bristol City will be hoping to overturn a 2-1 deficit from their first leg, as they host Manchester City in the second leg of their Carabao Cup semi-final on Tuesday night at Ashton Gate.

Sergio Aguero’s stoppage-time winner ensured that Manchester City came into this match with a slender lead. After finding themselves 1-0 down at the break, it was key that Pep Guardiola’s men reacted and managed to get themselves back in the game through Kevin De Bruyne.

After being caused a multitude of problems by their Championship counterpart at the Etihad, City will take nothing for granted when they face off at Ashton Gate. Guardiola’s side will be buoyed after their return to winning ways at the weekend, beating Newcastle 3-1. 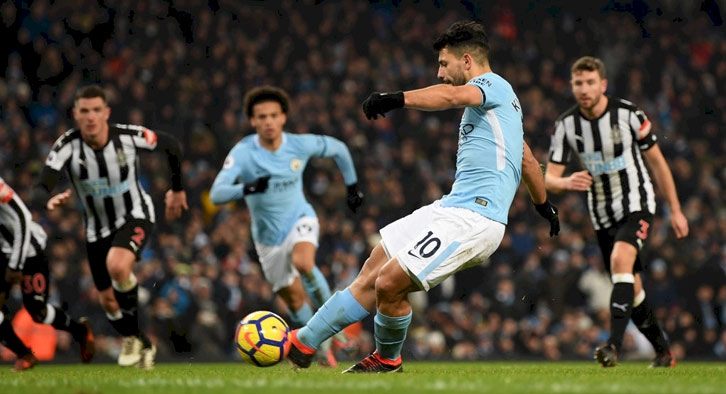 Aguero was in the goals again as he grabbed a hat-trick as City responded from their defeat at Anfield the week previous. After conceding defeat in the race to sign Alexis Sanchez, City will turn their attention to summer for new recruits. For now, the focus is on competing for four trophies, the first of which being the Carabao Cup. With the league seemingly sewed up before February, City can focus on the Champions League and FA Cup as they look to secure the club’s best ever trophy haul.

The hosts come into this game without a win in six games. After five straight defeats, the Robins stopped the rot with an impressive 0-0 draw at second-placed Derby on Friday night. The goals have dried up recently for Lee Johnson’s men, with just two goals scored in those six games. 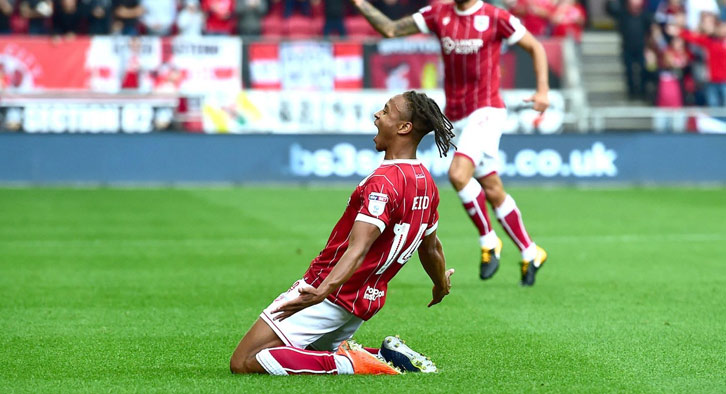 Top scorer Bobby Reid has cut an isolated figure at times, whilst record signing Famara Diedhiou has only just returned from injury. Reid has 14 goals to his name, the next best is six, underlining the Robins’ reliance on their main talisman. As Reid hasn’t scored since the defeat to Manchester City, it has seen a dip in results.

If they want to secure promotion to the Premier League, it’s key Johnson targets another forward to offer support to Reid. If they don’t, they risk becoming too one dimensional. However, after claiming several Premier League scalps en route to the semi-final, Ashton Gate will be rocking on Tuesday night. Whilst City are massive favours, we saw from the first leg that Bristol City can certainly cause the Champions elect some problems. 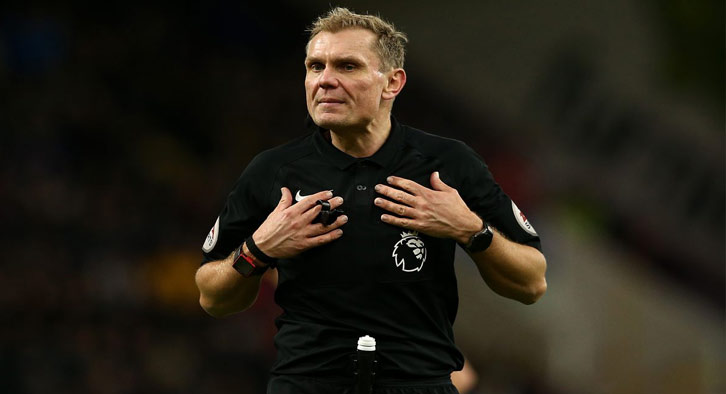 Graham Scott has been selected as the referee for this game. Scott may be detrimental to those looking to back booking points. Scott has produced just one red card this season and has averaged just two yellow cards a game. This takes his average booking points total to just 21.9, the second lowest of all Premier League referees this campaign.

I think this game could be very similar to the first leg. Roared on by the Ashton Gate crowd, I expect the hosts to come fast out the blocks to put City under pressure. Despite this, I think City will have the edge and I wouldn’t be surprised to see a repeat of the scoreline from the first leg.

Aguero and Sterling to both score – 2/1

On Wednesday night, the winners of this tie will find out who they will face in the final. Don’t forget to miss our betting preview for the return leg of Arsenal vs. Chelsea.