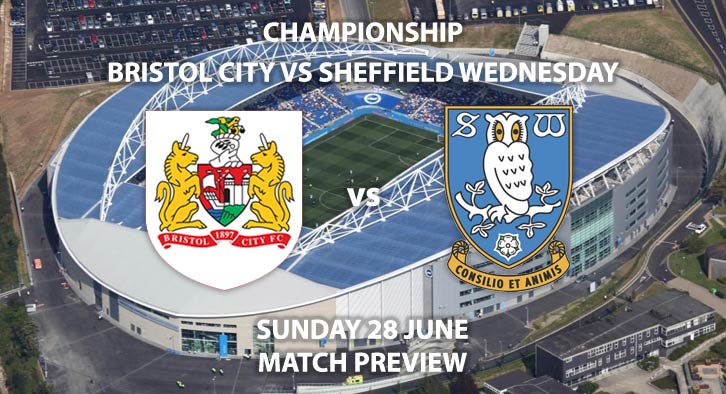 Both sides will be looking to return to winning ways in the league after failing to do so in their first match since the Championships’ resumption. Bristol City were dealt a blow to their play-off aspirations with a 3-1 defeat away to Blackburn meanwhile Sheffield Wednesday drew 1-1 with Nottingham Forest.

Lee Johnson’s side are currently 10th, 2 points behind Preston who occupy the 4th and final play-off spot. A win this weekend would certainly help them get back on track. Wednesday on the other hand are 15th with no genuine hopes of promotion of worries of relegation.

Sheffield Wednesday were 1-0 winners in the reverse fixture back in December thanks to a late Barry Bannan penalty. Garry Monk’s side have been the epitome of inconsistent at times this season, and have only won four since Decembers meeting between these two. Wednesday come into this one priced at 13/8 on SkyBet to take all three points.

Bristol City have been pretty inconsistent themselves too this season, and have won only two of their last seven home encounters in the Championship.

Sheffield Wednesday have the much superior recent record in this fixture and have won four of the last seven, including the last three consecutive clashes. Bristol City’s last win in this fixture came back in March 2018.

The referee for this one is John Brooks. The 30-year old has overseen 22 Championship matches this season, accumulating a total of 81 yellow cards and 1 red card. Decembers meeting between these two produced four yellow cards. This all considered, I would recommend a minimum of 30+ booking points.

Nakhi Wells is Bristol City’s top scorer with 15 goals this season. SkyBet are offering odds of 2/1 for Wells to score anytime in this one.

This match will be shown live on Sky Sports Main Event/Football, with kick-off scheduled to take place at 12:00PM on Sunday.