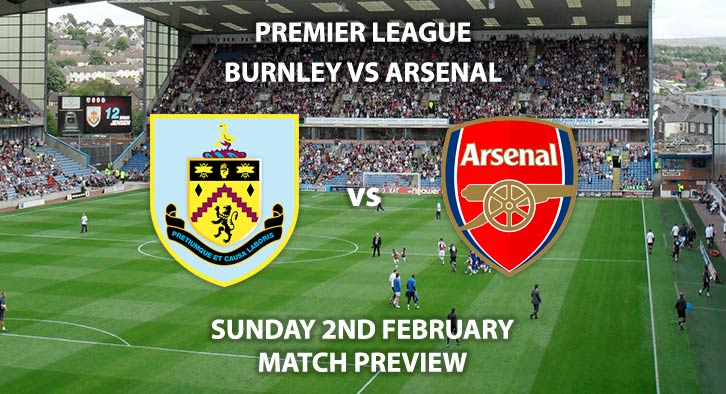 Burnley return to Turf Moor this Sunday as they welcome Arsenal in the Premier League.

Sean Dyche will be hoping his side can build on their recent impressive run of form, and make it three wins in a row in the Premier League for the first time this season.

Arsenal on the other hand will be hoping to get a win under their belt after failing to do so in their last three Premier League outings. Mikel Arteta’s side haven’t won in the league since New Years Day.

Burnley have put more breathing space between themselves and the drop zone following back to back wins in their last two league affair. The Clarets beat Leicester at home, before stunning Manchester United 2-0 at Old Trafford, their first win at that ground since 1965. Sean Dyche’s side occupy 13th place in the league and are now seven points clear of the drop zone.

Arsenal on the other hand will be hoping to keep their faint hopes of securing European football for next season alive with a win at a ground which has been a happy hunting ground for the Gunners in recent times. Arsenal have won each of their last four visits to Turf Moor.

If the head-to-head record between these two sides has any bearing on the result, then there will be only one outcome. Arsenal boast an incredible thirteen match unbeaten run against the Clarets, dating back to December 2008. In that time Arsenal have won twelve times and have won the last eleven consecutive meetings.

The referee for this fixture is Chris Kavanagh. The 35-year old has been one of the more lenient referees this season, and has averaged three cards per game in his seventeen matches this season. Kavanagh is yet to award a red card this season too. This considered, I would recommend a minimum of 20+ booking points for this fixture.

Burnley vs Arsenal will be televised live in the UK on Sky Sports Premier League HD with kick-off at 14:00 GMT.