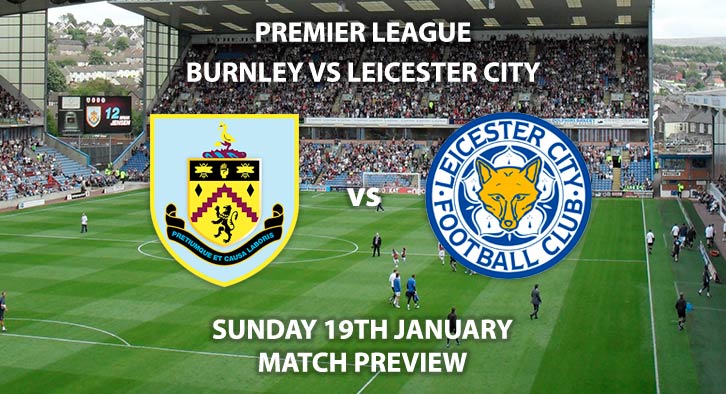 Burnley return to Turf Moor this weekend as they host Leicester City in the Premier League on Sunday afternoon.

Both sides will be eager to return to winning ways in the Premier League following defeats in their last league encounters. Burnley were defeated 3-0 away at Chelsea, meanwhile Leicester were shocked by Southampton at the King Power, the 2-1 defeat administered a hefty dent to their faint title aspirations.

Following their recent form Burnley have been sucked in to an unwanted relegation battle and sit only three points above the drop zone. Sean Dyche’s side have lost their last four matches on the bounce and are yet to register a win in 2020.

Leicester on the other hand will be eager to get back to winning ways following last week’s defeat to Southampton. The Foxes have lost three of their last five league encounters which has seen them slip to third in the league and fall below last season’s Champions Manchester City. Brendan Rodgers’ side are two points behind City, and a massive sixteen points behind leaders Liverpool, with one more game played.

Leicester ran out 2-1 winners in the most recent meeting between the two back in October and are unbeaten in the last three meetings overall. Burnley’s last win came in April 2018, a 2-1 win at Turf Moor.

The referee for this encounter is Anthony Taylor. The forty-one-year old has taken charge of eighteen Premier League matches this season, accumulating a total of seventy-seven yellow cards, ad three red cards. This considered, I would recommend a minimum of 30+ booking points.

Taylor oversaw Burnley’s 1-0 defeat to Everton on Boxing Day where no cards were awarded. Taylor is yet to take charge of a match involving Leicester in the Premier League this season.

Burnley vs Leicester City will be televised live in the UK on Sky Sports Premier League with kick-off at 14:00 GMT.