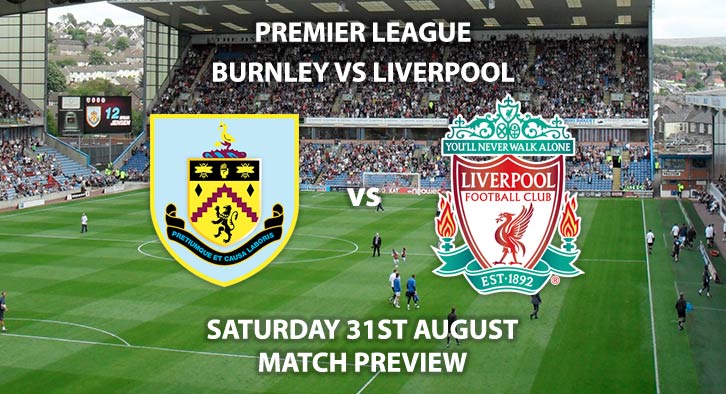 Liverpool will be hoping to maintain their 100% start to the Premier League season when they take on Burnley on Saturday night.

The Reds beat Arsenal last weekend 3-1, making a strong statement to the rest of the Premier League. Mohamed Salah was at his brilliant best, grabbing a brace including a fantastic solo effort. The Egyptian has made a fine start to the season, bagging three goals in as many Premier League fixtures. Roberto Firmino has also made a strong start to the season and produced a Man of the Match display against the Gunners, despite not getting on the score sheet.

Liverpool are yet to record a clean sheet after their opening three fixtures. Jurgen Klopp’s side have conceded one goal in each of their outings. Given they boasted the most clean sheets in the league last season, that’s a bit of a concern. Obviously, Alisson being absent is a huge miss but, bar Adrian’s mistake against Southampton, none of the goals have been his fault.

Burnley have made a strong start to the season with four points from their first three games. Last time out, they were denied all three points by a 96th-minute penalty from Raul Jimenez. Ashley Barnes bagged his fourth goal of the season prior to that. He’s been in terrific form for the Clarets, which has sparked talk of an England call-up. He wasn’t included in Gareth Southgate’s squad this time but if he continues his current form, he’ll be hard to leave out.

Burnley’s defensive pairing of Ben Mee and James Tarkowski continues to impress, with Nick Pope completing the English trio behind them. But for Jimenez’s last-minute penalty, they would have had two clean sheets from their first three games. At Turf Moor, they are yet to concede and an early goal will be vital to Liverpool’s hopes of securing three points.

Chris Kavanagh is the referee for this match. The Englishman racked up an average booking points total of 33.3, across 35 Premier League matches last season. With that in mind, I would recommend a maximum of 50+ booking points for this fixture.

Liverpool are in fine fettle and it’s tough to see them losing a game right now. Burnley, though are a tough nut to crack so this won’t be easy. Therefore, I’m going to edge towards a narrow away win.

Burnley vs Liverpool will be televised live in the UK on Sky Sports Premier League with kick-off at 17:30 BST.