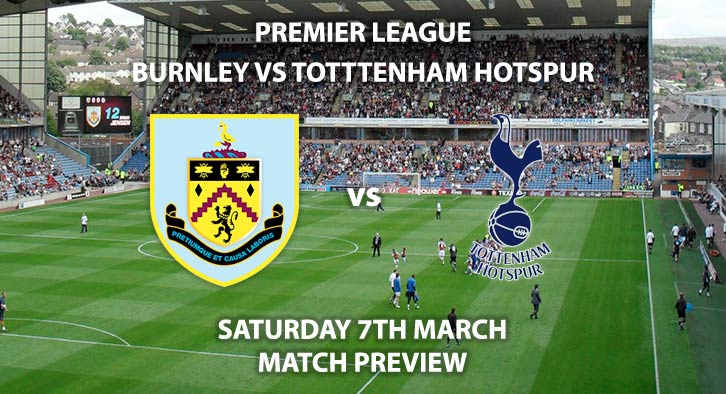 Burnley return to Turf Moor this weekend when they host Tottenham Hotspur in the Premier League on Saturday evening.

Both sides are lurking around one another in the league, and only two points separate Spurs in 7th, to Burnley in 9th.

Sean Dyche’s sides form since Christmas has been sublime and has put daylight between his side and the relegation zone; before Christmas, regelation looked a genuine possibility for the Clarets. Since Christmas, Burnley have lost three times which is the same amount of games they lost in December alone. Burnley are unbeaten in their last six matches, and in that time have beaten Manchester United and Leicester. Dyche’s side will head into Saturday’s encounter brimming with confidence.

Jose Mourinho’s Spurs side are without a win in all competitions since the middle of February, and have lost four on the bounce. Norwich dumped them out of the FA Cup on Wednesday night on penalties, and they face an uphill battle to stay in the Champions League, following their first-leg defeat to RB Leipzig two weeks ago. There is a feeling of disappointment surrounding Spurs currently.

Spurs head into Saturday’s clash with a tremendous record in this fixture, and have lost once to Burnley since 2014. Spurs have won seven of the last eleven meetings, including a 5-0 rout in December at the Tottenham Hotspur Stadium. Burnley’s last win came last season, where they were victorious 2-1 at Turf Moor.

The referee for this clash is Jonathan Moss. The 49-year old has taken charge of nineteen Premier League this season and has awarded sixty-nine yellow cards in his nineteen appearances this season. I would recommend a minimum of 30+ booking points for Saturday evening’s clash.

Since the turn of the year Spurs are tied with West Ham, Aston Villa and Bournemouth for the most defeats in all competitions in 2020 (6). SkyBet have priced Burnley at 13/8 to win on Saturday evening.

Burnley vs Tottenham Hotspur will be televised on Sky Sports Premier League HD and kicks off at 17:30.