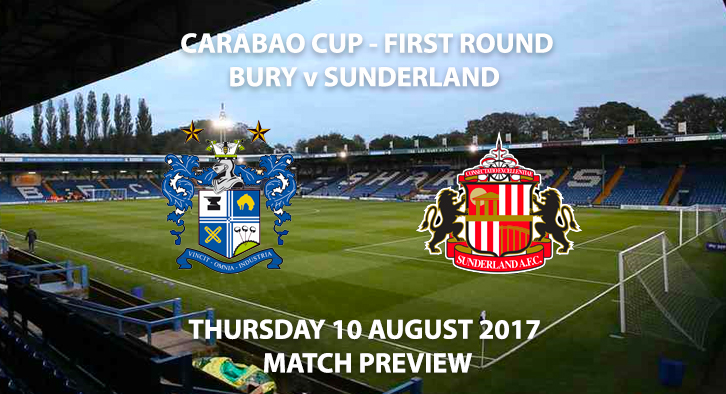 Carabao Cup – First Round – Bury vs Sunderland – Match Preview – The first round of the formerly known League Cup takes place this week, with League one side Bury facing Sunderland on Thursday. The Black Cats will be hoping to sweep away the cobwebs of last year’s relegation by beating the Shakers, and give Simon Grayson his first win in charge.

Sunderland kicked off their league campaign on Friday night with a 1-1 draw against Derby County. Lewis Grabban opened the scoring with his first of the season, which turned out to be one of a number of positives to be taken from the game. There was, however, a few gentle reminders of their struggles from last year. Whilst they played well, they could have easily lost had Chris Martin not missed a guilt edged chance for the Rams’ in the second half.

Bury got off to the perfect start in league one, with an opening day 1-0 victory over Walsall. With striker James Vaughan leaving the club to join Sunderland, it left them with a sizeable budget to add to their squad. New signings Chris Maguire and Jermaine Beckford impressed on debut, with the latter scoring the only goal of the game. 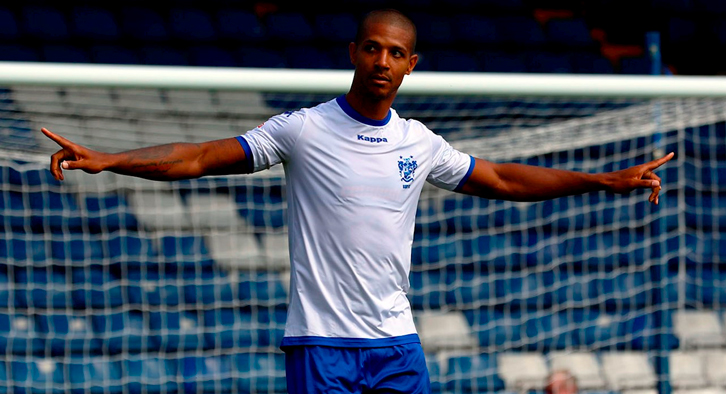 The two sides have not met for over 11 years. The last time they did, was also in the League Cup, where Bury produced a shock 2-0 victory. In their last ten meetings, of which three have been cup ties, there have been 33 goals. In those ten games, seven of them have been settled by a maximum of a one goal margin, showing that these fixtures are usually closely contested.

With Gigg Lane filled with optimism at the moment, these two clubs seem to be heading in opposite directions. A lot will come down to what teams the two managers opt to field, although I feel Bury will have more interest in the fixture than Sunderland. Grayson knows his bread and butter is the Championship, and that’s what he will ultimately be judged on, come the end of the season.

There are always upsets in the cup, and this is a fixture I would mark down as a potential banana skin. Roared on by their home crowd, I can see Bury knocking out Sunderland, and progressing to the second round.

SKYBET: BURY TO WIN BY EXACTLY ONE GOAL- 4/1

SKYBET: JAMES VAUGHAN TO SCORE FIRST AND SUNERLAND TO WIN 2-1- 25/1

SKYBET: JERMAINE BECKFORD TO SCORE AND BURY TO DRAW – 10/1

SKYBET: BOTH TEAMS TO SCORE IN BOTH HALVES- 18/1