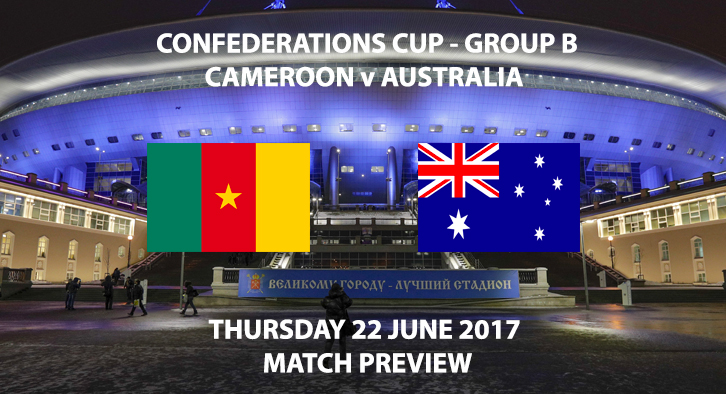 Cameroon vs Australia – Match Preview – Cameroon will face Australia this Thursday at the Confederations Cup in Russia. Both sides didn’t get their dream start to the tournament, both losing in their opening matches. Cameroon faced Chile in an end to end match with two late Chile goals that saw off their African opposition. Australia featured in arguably the best match of the tournament so far against Germany, losing 3-2 in a match that many didn’t even give the Aussies a chance. With both sides looking to avoid an early exit, this match could have a lot of drama.

Cameroon were a shadow of their regular form in their first outing, letting Chile dominate possession which allowed them to be broken down over time. Cameroon’s keeper was able to keep the match from turning into a cricket score with some fantastic early saves but the African outfit will not be able to rely on him all the time. Striker, Vincent Aboubakar, was Cameroon’s only threat on the counter attack with some speedy runs down the wings and a lethal strike when on his favoured right foot. Cameroon will have to weather an Aussie storm coming their way, can they get a victory?

If anything, Australia over performed in their last match against Germany. Nobody expected Australia to score one goal, let alone two, and to compete toe to toe with the World Champions in a back and forth encounter. The Socceroos will feel confident entering this fixture and will feel they can overcome the Cameroon side that failed to impress a few days ago. The bookmakers are struggling to call this match and are offering enticing odds on Australia to win, can they save their tournament and send Cameroon packing their bags? 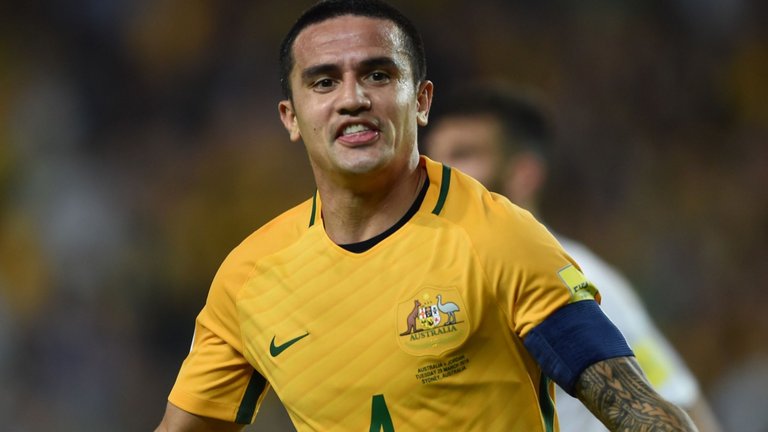 Tim Cahill can lead the Aussies to victory over Cameroon Photo Credit: skysports.com

Cameroon are without striker, Nicolas Moumi Ngamaleu, due to suspension.

Cameroon will turn to talisman, Vincent Aboubakar, for a goal, can he provide the goods?

Central Midfielder, James Jeggo, is unavailable for Australia through suspension too.

Australian legend, Tim Cahill, will be on the search for a goal this Thursday, can he continue his legacy of Australia’s greatest?