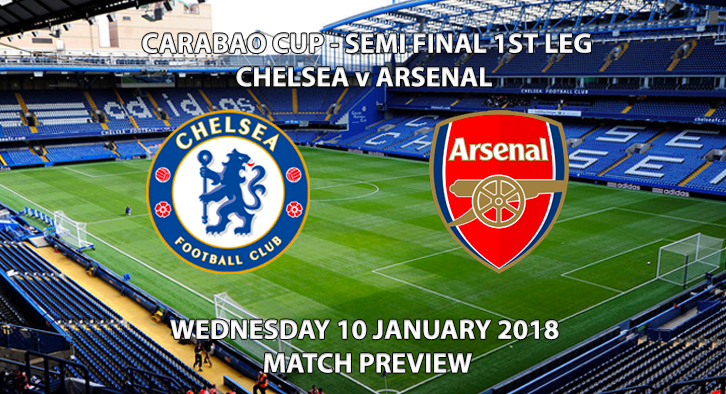 One week on from their thrilling 2-2 draw at the Emirates, the London derby between Chelsea vs Arsenal takes place again in the semi-final 1st leg of the Carabao Cup.

After stuttering to a 0-0 draw against Norwich at the weekend, Conte will expect a better display against the Gunners. Having picked up the league title in his first year, Conte will be desperate to gain silverware again this year. With retaining the Premier League becoming an unrealistic target, Conte must turn his full attention to the cup competitions. Having rested a number of key players in Saturday’s draw at Carrow Road, Chelsea should be fresh as they look to earn themselves a strong lead ahead of the second-leg. 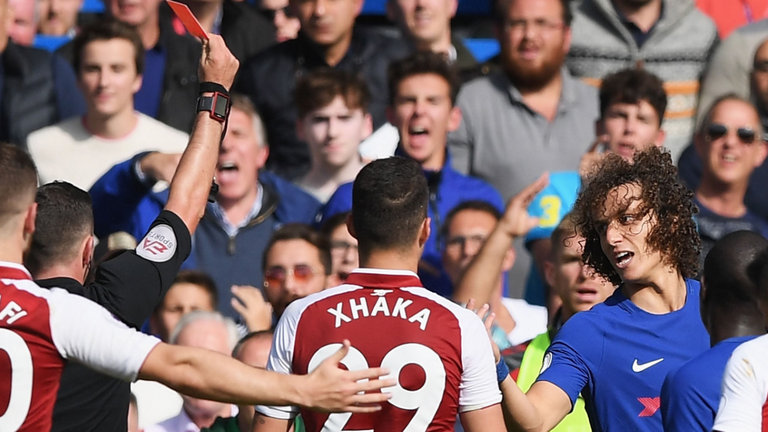 Luiz saw red in the last game at the Bridge which finished 0-0 Photo Credit: skysports.com

Despite playing weakened sides in the previous round, I expect Chelsea to be full strength on Wednesday. Now in the last four of the competition, Chelsea have a really good chance to secure their first League Cup since 2015. Then, under Mourinho, Chelsea went on to secure the double as they beat Tottenham in the final at Wembley.

Against Arsenal last week, Conte opted for a 3-5-2 formation, a system he has used more regularly this season. With Arsenal’s defensive frailties there for all to see, I wonder if he might opt for a 3-4-3, the formation that he used so successfully last year as Chelsea became Champions. This would likely see Cesc Fabregas replaced by Willian or Pedro, as they join Eden Hazard and Alvaro Morata in attack. 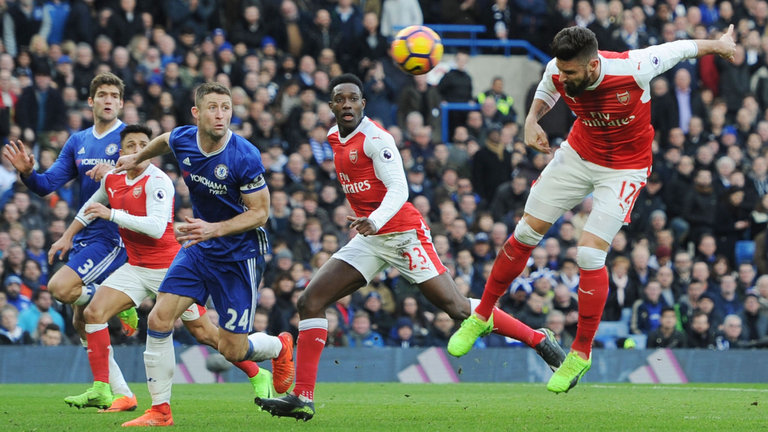 An embarrassing FA Cup loss to Nottingham Forest means Arsenal will be determined to make amends. Wenger fielded an inexperienced and inferior team as they were dumped out by Gary Brazil’s side. Arsenal will look towards the Europa League and this competition as they search to add to their trophy cabinet.

Chelsea are without a win in their last four meetings against Arsenal. They have lost only one of those games, with that defeat coming last May in the FA Cup final. In the league though, it’s a different story, with Arsenal winning only once in the clubs last 14 fixtures. Their last win at Stamford Bridge also came back in 2011, which was their last league victory against the Blues. With the cup contests seeming to be Arsenal’s best avenue against Chelsea, they’ll hope for a similar result tonight.

The last six meetings between the pair have seen 16 goals, averaging at almost three a game.  BTTS and Chelsea to win is a good bet, with Arsenal not winning on their last six visits to the Bridge.

SANCHEZ AND HAZARD BOTH TO SCORE- 7/1

LACAZETTE TO SCORE AND WIN- 5/1