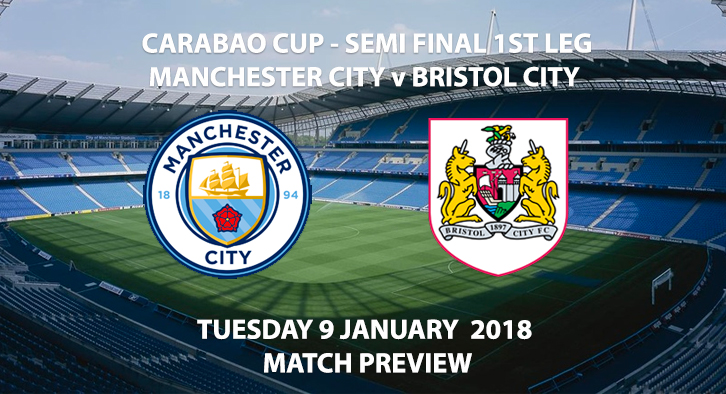 The Carabao Cup Semi Final begins with the 1st leg from the Etihad Stadium with Man City vs Bristol City. Can the Championship side produce a stunning result to take back to Ashton Gate?

The Robins gave Ashton Gate one of its greatest ever day by beating Manchester United 2-1 in the quarter-finals. Korey Smith scored deep into injury time to secure passage into the final four and his own name in Bristol City folklore.

Bristol City have surpassed all expectations this season. Despite losing their last two league matches, are still 4th in The Championship. Only two points adrift of Derby County in the automatic promotion places. 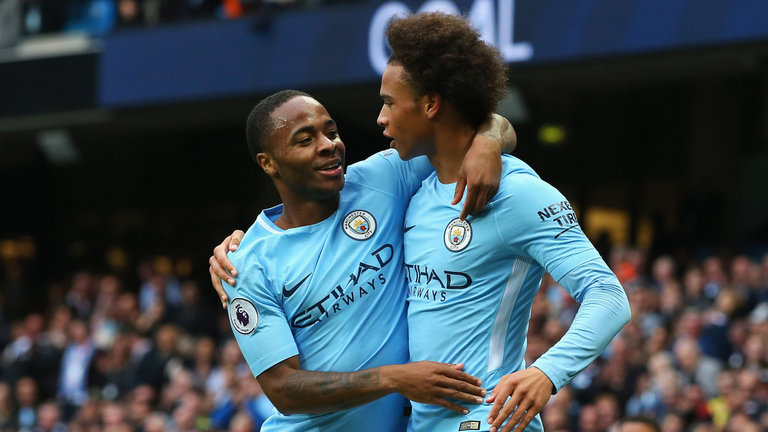 Sterling and Sane could both start and will be a huge threat to the Bristol City defence Photo Credit: skysports.com

Manchester City are too having an incredible season because a record-breaking 18 consecutive victories has soared The Sky Blues to an unassailable 15-point lead in the league. With thoughts now cast to matching Arsenal’s ‘Invincibles’ achievement of 2003/04.

Guardiola’s men are still fighting on all four fronts, winning their Champions League group rewarded them with a tie against FC Basel in the last 16. Coming from behind to beat Burnley 4-1 saw them through to the 4th round of the FA Cup, and are also favourites to make it to the FA Cup final.

The beautiful style of football and the relentless, single-minded nature of this team could set them apart from English predecessors. Guardiola said of this competition: “So important, a win helps to win more.” 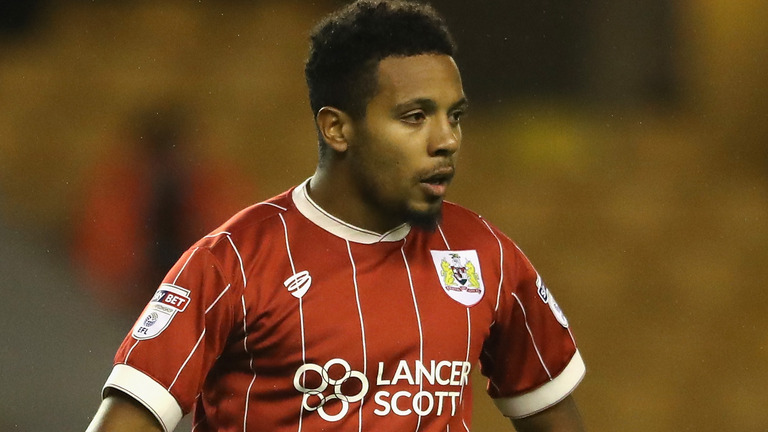 It would be a huge underdog story of the highest order should Bristol City topple their Goliath counterparts. After defeating four Premier League teams to get here, they will be full of belief and raring to go.

Manchester City have not been afraid to get stuck in and as a result, they have received 38 yellow cards and two reds in the Premier League this season. An average of 18.6 booking points per game, 7th on our club card stats table.

Bristol City have racked up two reds alongside their 47 yellows for a total of 20 booking points per match.

It would take a brave person to bet on a Bristol City clean sheet. Manchester City have only failed to score once all season (against Crystal Palace). They have been smashing them in from all angles. They also have an excellent clean sheet record, only Manchester United can best their 11 shutouts this term.

The Robins have been potent in front of goal. Their 40 strikes in The Championship only bettered by Derby’s 41 and leaders Wolves’ 50. They have kept eight clean sheets in the league, which is a decent amount. But you would expect it to be a very difficult night for Bristol City at the home of the Champions-to-be.