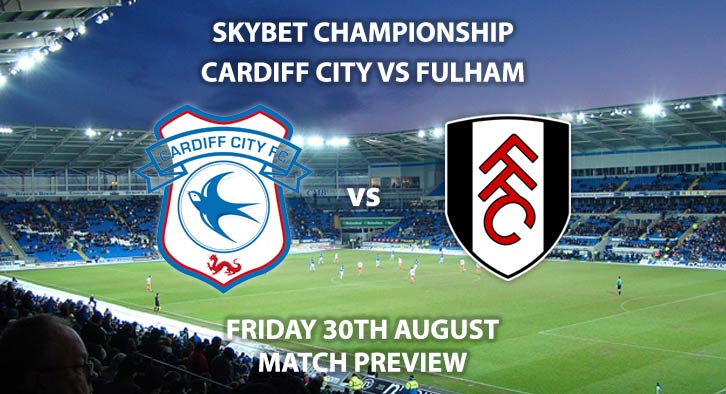 Both sides will be hoping they can return to winning ways following underwhelming results in the Carabao Cup in midweek. The Bluebirds were hammered 3-0 by Luton Town on home turf, and Fulham were defeated 1-0 by Southampton at Craven Cottage. However, Friday nights clash presents a perfect opportunity for both to respond from their cup disappointment.

The last time these two sides met was in March, but in contrasting circumstances. Fulham ran out    1-0 victors, in what was then a Premier League fixture. Both sides suffered the heartbreak of relegation at the end of the 2018/19 campaign but share the same ambition of a return to the top flight at the first time of asking. Fulham to win 1-0 this time round is at odds of 9/1 on SkyBet.

Cardiff’s form so far this season has been mediocre, and Neil Warnock’s side have struggled for consistency. The Bluebirds have won two of their opening five fixtures, keeping only one clean sheet in the process. The expectancy for goals this season lies heavily on the shoulders of Robert Glatzel, the £5.5 million-pound acquisition from Bundesliga 2 side FC Heidenheim. The German has started the last four league outings for Cardiff but is yet to score. Glatzel to open his Cardiff account, and score first on Friday night is priced at 5/1 on SkyBet.

Bobby Reid is currently on loan from Cardiff at Fulham and will be ineligible to face his parent cub on Friday evening. Reid scored five times in a Cardiff City shirt last season.

Fulham meanwhile have endured similar inconsistencies themselves in their return to the second tier. The Cottagers recorded back-to-back wins after wins at Huddersfield, and then at home to Millwall, however their progress was undone last Saturday, as they lost 2-1 at home to Nottingham Forest. Scott Parkers side have won three of their five league fixtures this season and sit 5th in the Championship.

Aleksandar Mitrovic enjoyed a potent season in the top-flight last season for Fulham, notching 11 times. The Serbian international has begun the 2019/20 season in a similar fettle, scoring four times in five matches. Mitrovic to score, and Fulham to win is priced at 13/5 on SkyBet.

The man in charge for Friday evenings fixture is Tim Robinson. Robinson has already appeared in three Championship matches this season and has issued 15 yellow cars; averaging 5 yellow cards per game. Therefore, booking points may be a market of interest.

I am predicting a tight affair on Friday night; however, I believe Fulham will take all three points, in a real smash and grab performance. I predict both sides will score, but ultimately it will be Fulham who have more success. With such a dangerous forward in Mitrovic, it will be difficult for Cardiff to keep him quiet, especially with their defensive showings so far this season.

Cardiff City vs Fulham will be televised live in the UK on Sky Sports Football HD with kick off at 19:45 BST.