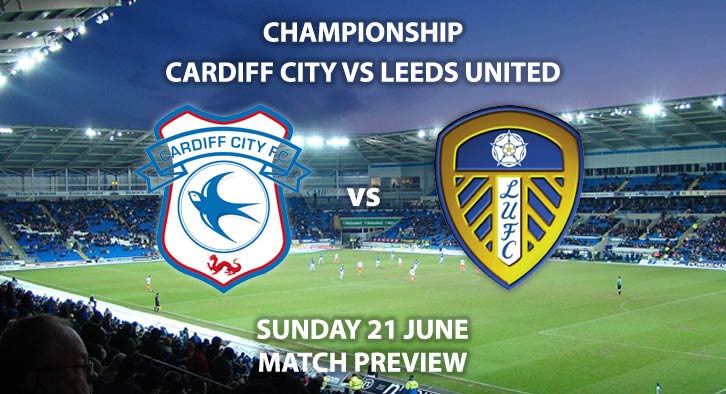 Cardiff City are still in with a chance of securing a play-off spot and find themselves only two points off Preston who occupy 6th place. Neil Harris’ side ran out 2-0 winners away to Barnsley in their last outing, but lost ground in their bid to seal a place in the play-offs with two defeats in three before their win.

Leeds United on the other hand can take another step closer to securing promotion to the Premier League if they pick up all three points on Sunday. Marcelo Bielsa’s side lead nearest rivals West Bromwich Albion by a point and are seven points ahead of Fulham who are just outside the automatic promotion places. United had won four on the bounce before the Championship’s stoppage.

A dramatic 3-3 draw played out between these two back in December as a second-half capitulation from Leeds handed Cardiff a share of the spoils. Cardiff’s Sean Morrison struck for the Bluebirds, which was his second goal in his last three in this fixture. The defender is priced at 14/1 to score anytime on Sunday lunchtime.

The referee for this clash is Andy Woolmer. The 54-year old has taken charge of 20 Championship affairs this season, accumulating a total of 55 yellow cards and 3 red cards. The last meeting between these two produced 2 yellow cards and a red card. 40+ booking points is priced at 8/11 on SkyBet.

A red card has been awarded in the last three meetings between these two and is priced at 7/2 on SkyBet.

Leeds’s Liam Cooper has been yellow carded in two of his last three matches against Cardiff and is priced at 7/2 on SkyBet to be carded on Sunday.

This match will be shown live on Sky Sports football, with kick-off scheduled to take place at 12:00PM on Sunday afternoon.