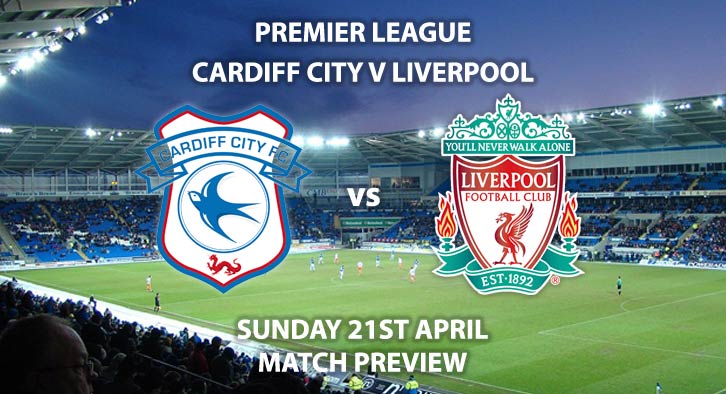 Cardiff vs Liverpool: Liverpool will be hoping to move back to the top of the Premier League when they travel to relegation-threatened Cardiff City on Sunday.

The Reds cruised past Porto in midweek, thumping them 4-1 to move into the semi-final of the Champions League. Sadio Mane, Roberto Firmino and Mohamad Salah were in sublime form as they put the Portuguese outfits to the sword. They will need to be at their best again when they take on Neil Warnock’s side, who are still fighting for their Premier League status. Manchester City’s 1-0 win over Tottenham Hotspur moved them back ahead of Jurgen Klopp’s side, meaning it’s still all to play for with three games remaining. The Reds know they can’t afford any slip-ups, with both teams in relentless form. City now have just the league to focus on after being knocked out of Europe by Tottenham, which could prove pivotal.

Cardiff claimed a massive 2-0 win over Brighton and Hove Albion on Tuesday night. That result means the Bluebirds are just two points behind the Seagulls, with three matches to go. That win has breathed new belief into Warnock’s side, who will once again believe that they can avoid relegation back to the Championship. Nathaniel Mendez-Laing was the opening scorer at the Amex Stadium. The winger has endured a frustrating season with injuries, after impressing in their promotion campaign last season. His return to fitness and form could be vital as they look to stave off the drop.

Jonathan Moss is the referee for this fixture. The Englishman has officiated 36 top-flight matches this season. In that time, he has accumulated an average booking points total of 38.8. Therefore, I would advise a maximum of 50+ total points for this fixture.

This is a massive game at both ends of the table. A year or so ago, this would be a game Liverpool fans would dread. Now, under Klopp, they are flying and don’t make the same mistakes as previous years. With that in mind, I’ll back the Reds for three points.

Cardiff vs Liverpool will be televised live in the UK on Sky Sports Main Event with kick off at 13:30 BST.

Odds and markets last updated on Sunday 21st April 2019 @11:43 GMT. Keep checking back to see if there’s any updates to markets – the time stamp in the previous sentence for when we update tips on this page will be updated.