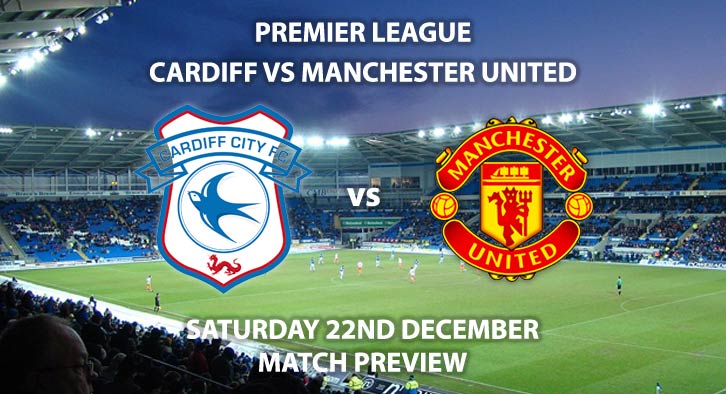 All the build-up will be focusing on the visitors, who replaced Jose Mourinho with ex Red Devils player, Ole Gunnar Solskjaer. Another interesting twist to this tale is that the Norwegian used to manage Cardiff, however was relegated from the Premier League with them. The hosts are 16thin the league standings whilst their opponents are ten places ahead of them in 6th.

Cardiff City are priced at (link no longer available) to win this match by BET365. After a dismal start to the campaign, the Bluebirds have given themselves a fighting chance at staying up in recent weeks. They have won two of their last four matches. Going forward, they have struggled to find a talisman with defensive minded Callum Paterson their highest scorer with four goals. Bobby Reid is likely to lead the line however only has two goals to his name. He scored in his last outing. He is priced at (link no longer available) to score anytime with BET365.

Defensively, Cardiff have the second worst tally in the league. They have conceded 33 goals in 17 matches. SkyBet have priced them at 9/1 to win and both teams to score.

Manchester united are favourites for this encounter and are priced at (link no longer available) with BET365. Solskjaer’s first match in charge could see a new style implemented, in response to the wide criticism of Mourinho’s defensively minded tactics. Recent form has been poor for United, with just one win in five matches. Anthony Martial has been their top goal scorer with seven goals to his name. The Frenchman is (link no longer available) to break the deadlock.

Defensively, United have been a shamble to their high standards. They have shipped 29 goals so far, more than they did in the entirety of last season. On the road they have not failed to produce drama, with six of their nine away matches producing over 3.5 goals. SkyBet are offering 3/1 for the visitors to win and over 3.5 goals.

The referee for this match will be Michael Oliver. The official has averaged 31.4 booking points in his 14 Premier League matches.

Cardiff City vs Manchester United will be televised on BT Sport 1 and kicks off at 17:30.

– The visiting team will look to restore the faith of their fans and prove too much for the hosts.

Odds and markets last updated on Saturday 22nd December @10:10 GMT. Keep checking back to see if there’s any updates to markets – the time stamp in the previous sentence for when we update tips on this page will be updated.