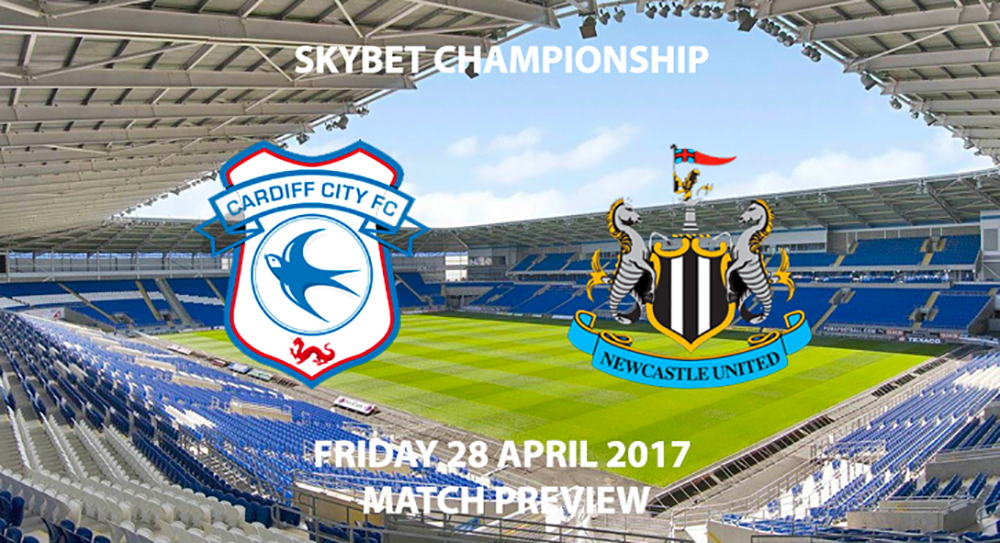 Newcastle travel to South Wales this Friday to keep their hunt going for the Sky Bet Championship title. Rafa Benitez’ men secured promotion back to the Premier League earlier this week with a 4-1 win over Preston North End. They’ll be searching for another three points as they aim to chase down league leaders, Brighton and Hove Albion.

Cardiff are currently occupying 13th in the league standings, 14 points from the drop zone. Cardiff had a goalless draw in their last outing in the Sky Bet Championship against relegation strugglers Wigan. Cardiff will now be playing for pride in their final two matches of the season with no silverware or play-offs in sight for the Bluebirds.

Allan McGregor will return for the Bluebirds after missing out on the 0-0 draw with Wigan over illness.

Another boost for Cardiff, as Kenneth Zohore is back and fit to play after being rested for the last match. Zohore has 11 goals in all competitions this season; making him Cardiff’s top scorer.

Newcastle manager, Rafa Benitez has confirmed there will be several changes in personnel for his side. Jamaal Lascelles, Vurnon Anita, Grant Hanley, Jesus Gamez and Matt Ritchie have all been rested for Friday’s match-up due to a heavy work load and minor injuries. With plenty of key defenders missing, could this see Newcastle struggle at the back?

Some more unwelcome news for the Toon Army, as Dwight Gayle is still side-lined with a hamstring injury. However, Newcastle haven’t struggled for goals in his absence as Ayoze Perez scored two in their 4-1 win over Preston North End earlier this week.

With Cardiff having very little to play for other than pride and Newcastle still scraping at the feet of league leaders Brighton and Hove Albion, it’s hard to see Newcastle not picking up three points. Newcastle have scored 80 goals in the Championship campaign so far and Cardiff have conceded 59, so it wouldn’t be surprising to see the ball hit the back of the Cardiff net a few times.

Newcastle will look to keep their off – field antics away from the spotlight on Friday evening, as the club has found their stadium and head offices raided by HMRC under suspicion of tax fraud. Benitez has stated it is business as usual for the players despite the messy situation.

Cardiff have the home advantage, a factor that has proved ever so key this season in the Championship. With that alongside Newcastle’s extensive list of absentees, Cardiff will feel they can burst Newcastle’s bubble and hand the title to Brighton and Hove Albion this Friday with a home win.