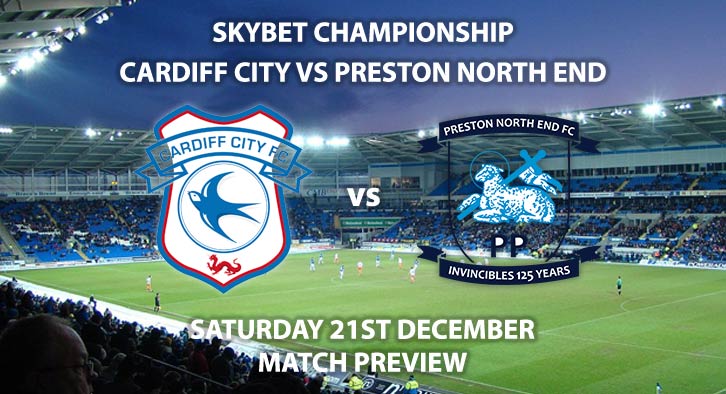 The Bluebirds are looking much livelier under new boss Neil Harris and provided an incredible comeback against Leeds United last time out. Meanwhile, Preston are hoping to further cement their place in the top six and undo their poor away form this campaign.

Cardiff City are priced at 13/10 to win the match by SkyBet and build on from their 3-3 draw with automatic promotion hopefuls Leeds. The Bluebirds are learning how to get results under Neil Harris with just one loss in their last six matches in the league. They are closing in on the play-off places and striker Robert Glatzel has returned from injury with a bang.

The German scored their equalising goal at Elland Road and is priced at 21/10 to score again anytime this Saturday.

Preston North End are priced at 21/10 to win the match and make it three victories in a row. The lilywhites have been one of the surprise packages this season as they currently sit third in the table. However, their away form makes for different reading as in their last five matches on the road they have scored just once and lost four times.

There is no doubt they have the quality to take apart Cardiff but whether they will seems less likely given the circumstances. Midfielder Paul Gallagher got on the scoresheet last match to take his season tally to five goals. He is priced at 5/1 to score anytime.

The referee for this match will be Jeremy Simpson. The official has been rather to the point when taking charge in the second division with an average of 45.5 booking points from his eleven matches. Both sides have averaged over 15 booking points a match themselves, so expect a few cards to be brandished this Saturday lunchtime.

– The hosts will be buoyant from their Elland Road heroics against a side who don’t travel well – despite their league position.