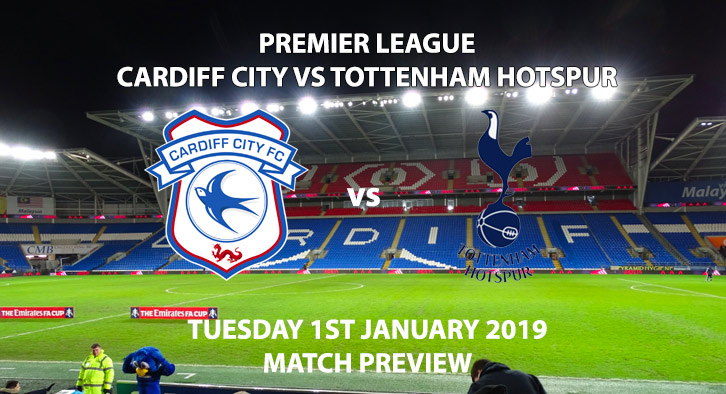 The South Welsh side finished December in impressive fashion with a draw with Crystal Palace and a win against Leicester. Meanwhile, Spurs had a torrid end to the month with a 3-1 loss to Wolves at home. Cardiff are priced at 6/1 to win by SkyBet.

The Bluebirds have climbed out of the relegation zone after picking up four points from a possible six at the end of December. They grabbed a late stoppage time winner against Leicester courtesy of Victor Camarasa. The Spaniard has three goals and two assists this season. SkyBet are offering 11/2 for him to score anytime.

It’s no secret that Cardiff’s defence is a weakness for Neil Warnock’s side. They have conceded 38 goals in 20 matches. However, in four of the last five meetings between these two only under 1.5 goals have been scored. The South Welsh side have been 0-0 at half time in 40% of their matches this season and SkyBet are offering 9/4 for 0-0 at the halfway point.

Spurs are favourites for this match and are priced at 4/9. Spurs fell nine points behind Premier League leaders Liverpool after their 3-1 loss to Wolves.

Goals have not been an issue in recent weeks however with 12 goals scored in 3 matches. Harry Kane has been in his usual prolific form with 13 goals this season. He is 9/4 to score first.

Tottenham’s defence has been solid this season. Three of their last five matches have seen Mauricio Pochettino’s side win to nil against league opponents. The visitors are 6/4 to replicate this again on New Years Day.

Both sides have been well behaved this season with Cardiff averaging 16.2 booking points this season whilst Spurs have averaged just 13.8.

Cardiff vs Tottenham will be televised on Sky Sports Premier League HD and kicks off at 17:30.

Prediction: Cardiff 0 – Tottenham Hotspur 3
– The visitors have far too much quality for the home side. Should be a routine victory.

Odds and markets last updated on Tuesday 1st January 2019 @09:54 GMT. Keep checking back to see if there’s any updates to markets – the time stamp in the previous sentence for when we update tips on this page will be updated.

Remember to keep visiting the tips and preview area for further updates and betting previews around the domestic action over the first of week of the 2019 – Happy New Year to all our readers and followers.