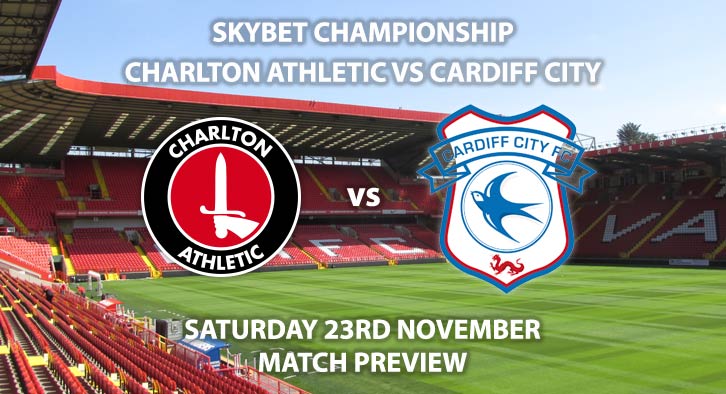 Lee Bowyer will be the first to test Neil Harris in the Cardiff hotseat after Neil Warnock’s departure a couple weeks ago. The hosts are currently 11th in the table with 22 points, just one ahead of their opposition this Saturday.

Charlton Athletic are priced at 9/5 to win by SkyBet on the back of no wins from their previous four league matches. The Addicks have slipped down the table since their barnstorming start to life since promotion under Bowyer. They have been impressive in most parts of their game and have some real threats in attack. No-one more so than the young England under-21 international Conor Gallagher. The midfielder has five goals to his name thus far and is priced at 4/1 to score anytime.

Bowyer has Charlton set up as a tight outfit and that’s reflecting on the score line. They have averaged just 1.1 total goals in their last ten matches. SkyBet are offering 4/5 for under 2.5 goals – good odds considering neither team is free-scoring.

Cardiff City are priced at 7/5 to win in Neil Harris’ first match in charge. The former Millwall boss will have plenty of headaches as far as team selection having absorbed a rather lopsided and frustrated squad of players. The Bluebirds have been less than impressive this campaign after relegation down from the Premier League and have just one win from their previous six outings.

In attack, Cardiff have struggled to find many goals from the now side-lined summer signing Robert Glatzel. However, Joe Ralls has been impressive when given a chance in front of goal with five strikes this campaign and is 9/2 to score anytime.

The referee for this match will be Darren Bond. The official will be weary of most tackles as both sides are aggressive outfits, but don’t have any recent grudges having not faced each other since 2016.

– It’s tough to split these two and hard to know how Cardiff will come out under new management.

Markets last updated at 09:34AM on Saturday 23rd October