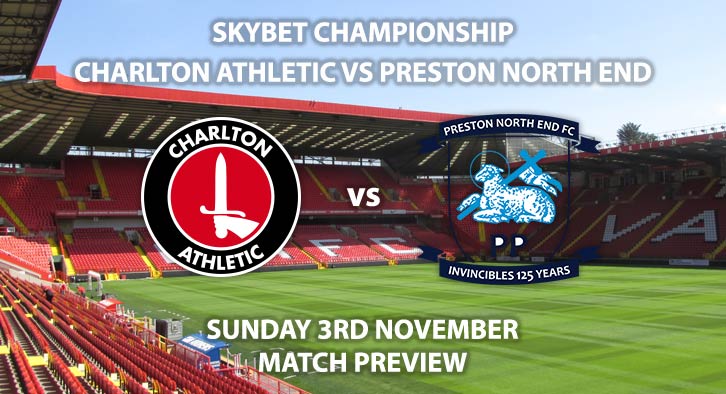 Both clubs will be relatively happy with their seasons so far. Both are in the large chunk of teams pushing for promotion places. Charlton are currently ninth in the league standings, just three points behind their opponents. Meanwhile Preston are currently sitting pretty in second place after a fantastic 3-2 comeback against Blackburn last weekend.

Charlton are priced at 2/1 to win this match and bounce back from just one points in their last two outings. Lee Bowyer’s side will be more than happy with the progress they have made after promotion last season. The London based club are giving all their opponents a tough 90 minutes of football. They are slightly lacking some presence up front since Lyle Taylor’s injury.

A shining star amongst their ranks is Conor Gallagher, who has five goals this campaign. Gallagher has showcased great dribbling skills and the ability to strike the ball from range. He is priced at 4/1 to score anytime.

Preston are priced at 13/10 to win and continue their rampant run in England’s second tier. Alex Neil will be delighted with his teams’ performances this season. They are quickly becoming the under dogs for promotion and have a real gift for controlling the matches they play in. Going forward, Daniel Johnson has been on top form with eight goals and four assists and has led his side to second in the table. He is priced at 11/2 to score first.

The referee for this match will be David Webb. The official is one of the more lenient in the EFL and has averaged 30 booking points from his seven Championship matches.

Charlton Athletic vs Preston North End will be televised on Sky Sports Football HD and kicks off at 12:00.

– The visitors have a little more firepower up front but expect a close contest in London.