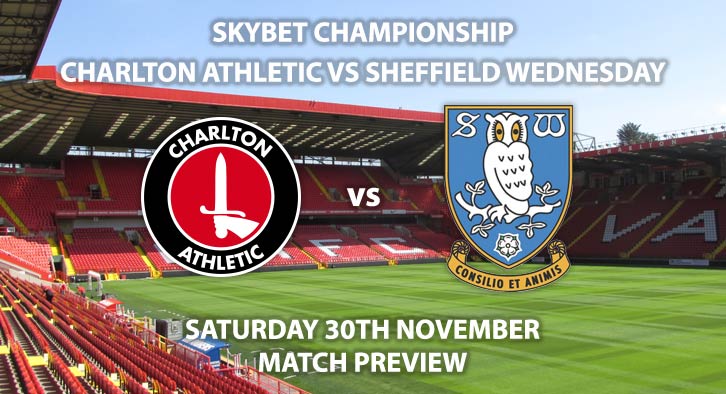 Both clubs have had average seasons by their own standards, with the hosts slipping down the table after a flying start. Lee Bowyer’s side are now in 17th and looking over their shoulder rather than forward. Meanwhile, Sheffield Wednesday are 10th and chasing the play-off places which a win at The Valley would help with.

Charlton are priced at 5/2 to win this match by SkyBet and end this six-match run without a victory. Despite their recent poor form, Lee Bowyer’s men haven’t struggled to find the net as they have bagged in five of their last six matches. Their home form reads a little better, with wins against Leeds and Derby in their last five at The Valley.

Youngster Conor Gallagher has been a revelation for Charlton on loan from Chelsea. The midfielder is an expert dribbler and can find the back of the net – with six goals and one assist. He is priced at 7/2 to score anytime.

Sheffield Wednesday are priced at 11/10 to win the match and are also in poor form, without a win in five matches. Wednesday would have hoped for better results in recent weeks and could only salvage a draw against a mediocre Birmingham side in midweek. Whilst Garry Monk’s arrival hasn’t quite had the desired impact just yet, they have a master bags man in Steven Fletcher up front.

The experienced striker has six goals so far this season and is a complete nuisance for any defence he faces. He is priced at 9/5 to score anytime.

The referee for this match will be Tim Robinson. The official has been one of the more lenient in the second division with an average of 30.5 booking points from his ten Championship matches in charge.

– Neither side is in good form and have similar strengths in the same areas.