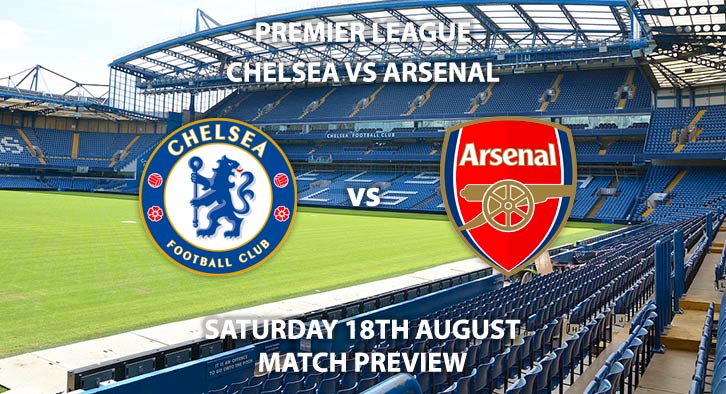 Sarri got off to the perfect start as Chelsea boss on Saturday, with a comprehensive 3-0 win at Huddersfield. Goals from N’Golo Kante, new signing Jorginho and Pedro sealed the victory. Jorginho and Kante seem to have already struck a golden partnership; when the Italian comes deep to pick up possession it allows Kante to move further up the field. This means Chelsea fans may see the Frenchman on the scoresheet more often this campaign. Kepa Arrizabalaga made his debut between the stick, replacing Thibaut Courtois as their new number one. You sense this game may be a better indicator of his ability, as he remained largely untested against Huddersfield. Eden Hazard is expected to start after coming off the bench, whilst Mateo Kovacic could make his appearance after signing on a season-long loan from Real Madrid.

Unai Emery was not so fortunate, as they went down 2-0 to Manchester City at the Emirates Stadium. Although facing the champions was always going to be a tough test, the enormity of the job Emery faces was made clear. It will take several transfer windows for Emery to get the personnel needed to execute his style. Petr Cech looked nervous trying to play out from the back, whilst neither Shkodran Mustafi nor Sokratis Papastathopoulos possesses fantastic pace in order to hold a high line. Mesut Ozil was ineffective on right-wing, whilst Pierre-Emerick Aubameyang was isolated and starved of service upfront. Now, not every side will be as tough to play against as City, but this will not be a quick fix for Arsenal.

Martin Atkinson is the referee for Saturday’s game. The Englishman took charge of Newcastle V Tottenham on the opening weekend, dishing out four yellow cards. Therefore, I would advise a maximum of 40+total booking points for this game.

Both teams are in a transitional period as they adapt to their new managers. Chelsea, though, look like the better of the two teams and I fancy them to win on Saturday, as a result. It would be a major statement if Emery’s side came away with all three points, but I don’t see that happening.

Chelsea vs Arsenal will be televised live in the UK live on BT Sport 1 with kick-off at 17:30 GMT.

Odds and markets last updated on Saturday 18th August 2018 @11:50 GMT. Keep checking back to see if there’s any updates to markets – the time stamp in the previous sentence for when we update tips on this page will be updated.

Remember to keep visiting the tips and preview area for further updates and betting previews around this weekends other Premier League and Championship games.