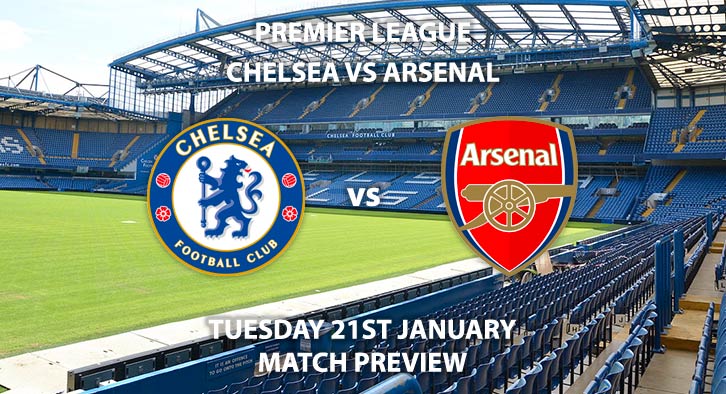 Chelsea return to Stamford Bridge on Tuesday night when they face Arsenal in the Premier League.

The Blues will be desperate to bounce-back from their disappointing 1-0 defeat to Newcastle, thanks to Isaac Hayden’s stoppage time header.  Arsenal meanwhile were held at the Emirates, drawing 1-1 with Sheffield United. Mikel Arteta is yet to put together of consecutive victories in the Premier League since becoming Arsenal boss.

Chelsea are priced at 8/11 on SkyBet to claim all three points, but their home form this season has been a picture of inconsistency. Frank Lampard’s side have lost three of their last five Premier League encounters of Stamford Bridge, but did kick off the New Year at home with a win over Burnley.

Arsenal are unbeaten in their four matches in all competitions, and are ten points behind fourth placed Chelsea. A win for the Gunners would reduce the deficit to seven points, and enhance their slim hopes of a finish in the top four.

Mikel Arteta has lost once as Arsenal manager which came in this reverse fixture at the end of December, where Arsenal squandered their lead, and lost 2-1, conceding twice in the last ten minutes.

Chelsea have won three of the last four fixtures between these two sides, with Arsenal’s last win coming in January 2019. Arsenal haven’t won at Stamford Bridge since October 2011, where they won 5-2 in a crazy derby in the capital, thanks to a Robin van Persie hat-trick.

In Chelsea’s last three victories, they have won and both teams have scored. Chelsea to win and BTTS is priced at 2/1 on SkyBet.

The referee for this encounter is Stuart Attwell, who has taken charge of eleven Premier League matches this season, accumulating a total of fifty-one yellow cards and one red card. Attwell has proven to be one of the more authoritative referees this season, averaging over four yellow cards per game.

This considered, I would recommend a minimum of 40+ booking points for this fixture.

Chelsea vs Arsenal will be televised on BT Sport 1 and kicks off at 20:15.