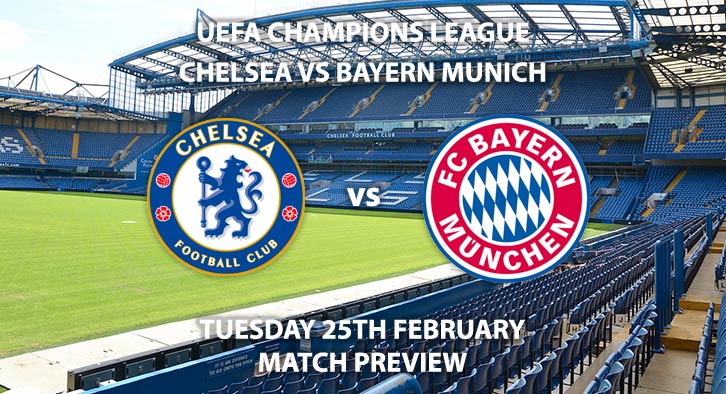 Chelsea will host Bayern Munich as the UEFA Champions League returns for the Round of 16 ties.

Chelsea are priced at 3/1 to win the match and get a huge advantage in the first leg of this Champions League tie. Frank Lampard has enjoyed a decent first season in charge of the Blues but will be quietly confident his young side can cause an upset – especially in the home leg of this match-up. They showcased their character to get through the group and deservedly got a crucial Premier League victory over rivals Spurs on the weekend.

In attack, Tammy Abraham has been the most clinical front man at the club this season. The Chelsea man has bagged 13 goals in the Premier League and is priced at 8/5 to score anytime in front of a home crowd.

Bayern Munich are priced at 3/4 to win the match and take a victory on aggregate back to the German capital. The Bundesliga Champions have six wins from their last seven matches across all competitions. They flexed their muscle during the group stages and will prove a hugely tough competition for Chelsea.

Going forward, Robert Lewandowski has been his usual clinical self this term. The Polish striker is like a fine wine and is priced at 9/4 to score first.

The referee for this match will be Frenchman Clement Turpin. Neither side have been malicious in their approaches this season so don’t expect too many cards.

– This is a tough match to call but Bayern have been almost perfect during their European campaign this term.