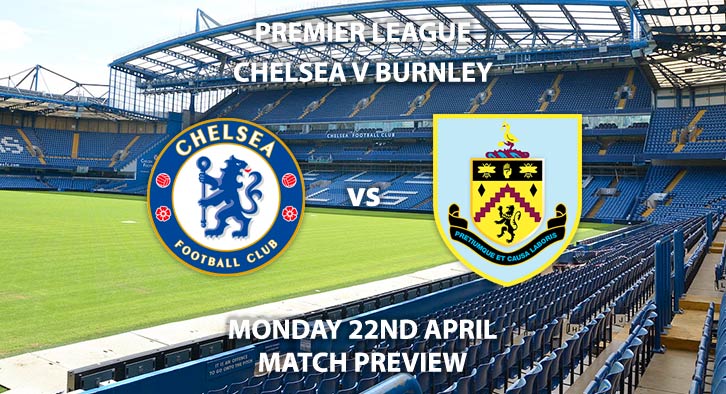 Chelsea vs Burnley: Chelsea will be looking to reignite their push for a top-four finish after securing their place in the Europa League semi-final when they host Burnley on Monday night.

Maurizio Sarri’s side secured their spot in the last four with a 4-3 win over Slavia Prague. After racing into a 4-1 lead at the break, the Blues almost threw away their lead after conceding two quick-fire second-half goals. Pedro’s brace will have put him in contention for a starting spot against the Clarets, whilst Eden Hazard should start after being replaced with an hour gone. Chelsea head into this tie fifth in the table, level on points with fourth-placed Arsenal but they have played a game extra. That means their remaining four fixtures are must-win if they’re to have any hope of securing Champions League football through the league. With a crucial meeting against Manchester United on the horizon too, it’s a crucial run of games for the Blues.

Burnley have all-but secured their Premier League status for another year after beating Cardiff last weekend. Chris Woods’ brace lifted Sean Dyche’s side up to 14th in the table, eight points above the bottom three. The Clarets have won their last three games in all competitions, which is a good job with Chelsea, Manchester City, Everton and Arsenal to come in their final four matches. On the Road, they have lost three of their last six, winning two and drawing one. Dwight McNeil has really caught the eye this season, displacing Johann Gudmundsson from the side. The Clarets youngster has added a much-needed spark in wide areas, supplying great service for Woods and Ashley Barnes.

Kevin Friend is the referee for this fixture. The Englishman has officiated 36 top-flight matches this season. In that time, he has accumulated an average booking points total of 40. Therefore, I would advise a maximum of 50+ total points for this fixture.

Chelsea are good at home and don’t often slip-up against the smaller sides. Burnley are in good form but that has mainly come at Turf Moor. As a result, I’m going to back the hosts in this one.

Chelsea vs Burnley will be televised live in the UK on Sky Sports Premier League with kick off at 20:00 BST.

Odds and markets last updated on Monday 22nd April 2019 @11:08 GMT. Keep checking back to see if there’s any updates to markets – the time stamp in the previous sentence for when we update tips on this page will be updated.