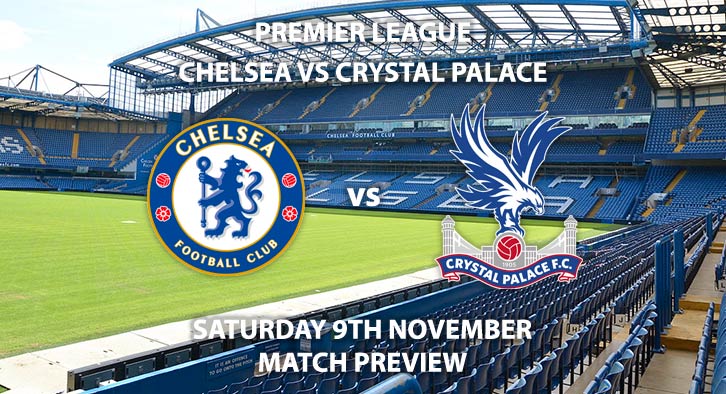 Frank Lampard and his side will still be trying to get their heads around the madness of their midweek Champions League draw with Ajax – after an enthralling 4-4 score line. Crystal Palace will want to be keeping their top half status in the league as they currently sit ninth.

Chelsea are priced at 4/11 to win by SkyBet are they look to continue their break away from the competition for a top four spot. Chelsea have impressed this season under Frank Lampard with the inability to sign players. Youngsters like Mason Mount and Tammy Abraham have stepped up to the plate. The latter is currently second in the golden boot race behind Jamie Vardy. Abraham has nine goals with two assists and is 12/5 to open the scoring.

Crystal Palace are priced at 7/1 to win and bounce back from their defeat to Leicester City. Palace look like a much more structured side this season under Roy Hodgson. Their recent form has taken a dip but they have played Manchester City, Arsenal and Leicester in their past three matches. Striker Jordan Ayew has found his feet up front. He has taken some time to get warm at Selhurst Park but has four goals this season. Ayew is priced at 10/3 to score anytime.

SkyBet are also offering 11/2 for both Jordan Ayew and Tammy Abraham to have 5+ shots on target between them – great odds if you think this will be an open and expansive match.

The referee for this match will be Mike Dean. Both of their previous Premier League outings saw at least 40 booking points. We could have a heated match-up on our hands between two London based clubs and see some cards shown by the official.

The match will be televised on BT Sport HD and kicks off at 12:30.

– The hosts have more quality but Palace have been a strong outfit this season – it could be tight.