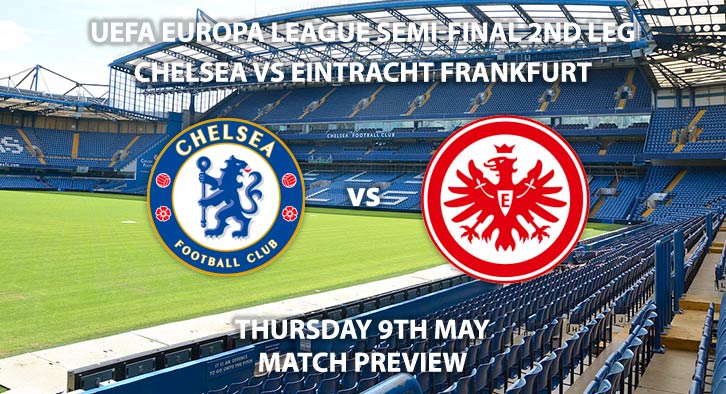 Chelsea will host Eintracht Frankfurt in the second leg of their UEFA Europa League semi-final tie.

The two sides shared a goal each in the first leg, however Chelsea have the slight advantage with one away goal. Frankfurt’s top goal scorer Luka Jovic opened the scoring before Pedro equalised proceedings just before half-time.

Chelsea are heavy favourites for this match and are priced at 4/11 to win the match by SkyBet. Maurizio Sarri’s side are a clean sheet away from reaching the Europa League final. They have been a formidable force throughout this campaign and are in good form heading into this match. They have lost just 1 match in 10. They also have Eden Hazard firing on all cylinders, and he will be the main threat to the Germans defence. He is price boosted to 7/2 to score first.

Chelsea have kept five clean sheets in their last ten. They are 5/4 to win to nil.

Eintracht Frankfurt are priced at 7/1 to win and pull off a huge surprise. The German outfit have surprised many by reaching this stage and made a good account of themselves on home turf in the first leg. Striker Luka Jovic is catching the eye of plenty of suitors and his performances in this competition are helping that. He has 9 goals in the Europa League and is priced at a huge 8/1 to open the scoring.

The referee for this match will be Romanian Ovidiu Alin Hategan. The official may have a busy night with so much at stake but only 30 booking points were brandished in the first leg. SkyBet are offering 11/8 for 60+ booking points.

Chelsea vs Eintracht Frankfurt will be televised on BT Sport 3 HD and kicks off at 20:00.

-The hosts will do just enough to reach the final.