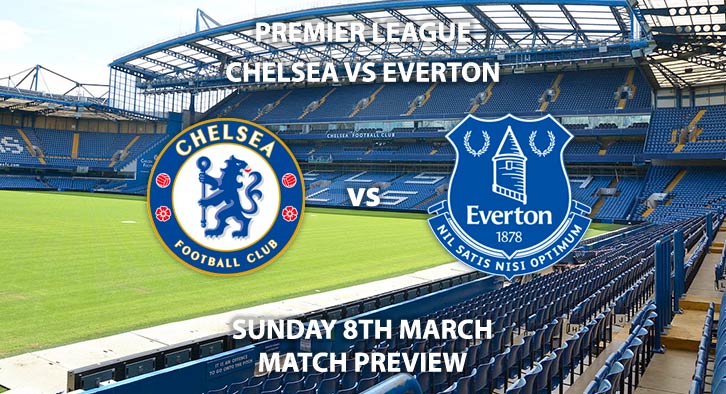 The hosts have a tight race for the top four places going into the business end of the season and currently sit in fourth – pole position. They made up for a poor run in the league with a 2-0 FA Cup win over Liverpool during the week. Meanwhile, Everton have been slowly climbing the table since Carlo Ancelotti’s arrival but have failed to win their last two matches.

Chelsea are priced at 5/6 by SkyBet to win the match and build on from their impressive victory over Liverpool in the cup. Whilst the Blues have had a great first season under Frank Lampard’s management, they have failed to make Stamford Bridge a fortress. They have only claimed six points from their last five matches but will be brimming in confidence after their cup win.

Brazilian winger Willian has had an impressive stretch of performances and will have more responsibilities in goal with Tammy Abraham absent. He scored against Liverpool in midweek and is priced at 3/1 to score anytime.

Everton are priced at 3/1 to claim an away victory as they try to chase down the pack fighting it out for European football next season. The Toffees are in decent form with just one loss from their last seven in the league. However, they never like travelling to Chelsea. They are winless in 24 Premier League visits so history could repeat itself once more.

In attack, Dominic Calvert-Lewin is enjoying the best season of his career and has 13 league goals so far this term. He is priced at 7/5 to score anytime.

The referee for this match will be Kevin Friend. The official has been less lenient than others this season and has an average of 37.1 booking points from his 19 topflight matches.

– This should be a close match-up, but the hosts have a little more quality all over the pitch.