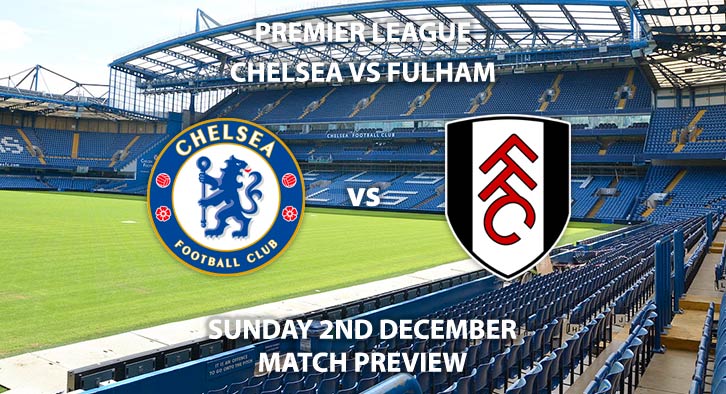 Chelsea vs Fulham – the host will be hoping to bounce back after their last outing in the competition, where they lost 3-1 to Spurs. They are also possibly without talisman Eden Hazard for this one. Fulham will be wanting to climb off the bottom spot and use momentum after Claudio Ranieri’s first victory as Cottagers boss.

Chelsea are priced at a short 1/5 to win this match by SkyBet. They enter this match on the back of a 4-0 drubbing of PAOK in the UEFA Europa League on Thursday night. French Striker Olivier Giroud scored twice in the first half to set the tone for the match. He is likely to start with the possible absence of Eden Hazard and has four in his last three in all competitions. He is 3/1 to score first.

Defensively Chelsea have not been quite the titans they usually are, with six conceded in their last five games. However, they will feel confident they can keep the Premier League’s bottom club quiet. They are priced at 1/1 to win to nil.

The visitors are priced at a huge 12/1 to pull off a miracle at Stamford Bridge. They managed their second win of the season over Southampton in their previous outing. On the scoresheet with Aleksander Mitrovic who now has seven goals and one assist. He is the joint highest scoring attacker in the bottom half. The Serbian is 11/4 to score anytime.

Fulham have leaked goals this season, with the worst defensive record in the league. However, with the introduction of Ranieri in the hot seat, they are likely to tighten up at the back. But Chelsea pose such a threat that it is unlikely they will keep them out. SkyBet are offering 25/1 for Fulham to win and BTTS.

The referee at Stamford Bridge will be Craig Pawson. The official is the strictest in the whole division, with an average of 53.9 booking points from his 9 league matches.

Chelsea v Fulham will be televised live in the UK on Sky Sports Premier League HD and kicks off at 12:00 GMT.

The hosts have too much quality however Hazard is a big miss.

Odds and markets last updated on Saturday 1st December @02:43 GMT. Keep checking back to see if there’s any updates to markets – the time stamp in the previous sentence for when we update tips on this page will be updated.