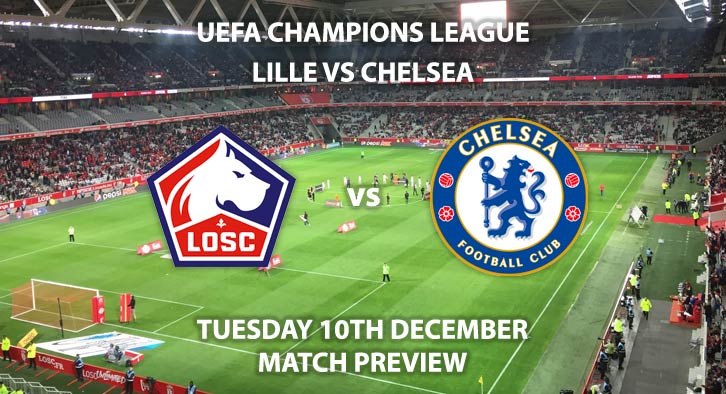 Chelsea look to secure qualification to the Champions League knockout stages when they host Lille at Stamford Bridge on Tuesday night.

A win for Frank Lampard’s side will be enough to see his side qualify, however, a draw could see them through if Ajax beat Valencia in Group H’s other game.

Chelsea’s Premier League form in recent week has taken a negative turn, which has seen them lose three of their last four matches. The Blues were defeated 3-1 at Goodison Park against managerless Everton on Saturday, a result not taken too kindly by boss Frank Lampard.

In the Champions League however Chelsea have lost one of their five encounters, that being to Valencia on the opening matchday. Chelsea’s fate isn’t entirely in their own hands for qualification. If Valencia do beat Ajax, then it will be the Spanish side who qualify, thanks to that win over Chelsea earlier in the group, which gives them the superior head-to-head record.

Lille on the other hand have no hopes of qualification for the next round, or even the Europa League in 3rd place. The French side have failed to win any of their group matches and have taken one point from their five matches so far.

Lille have won their last three consecutive matches in Ligue 1, and sit 3rd in the league. Although there’s nothing to play for in the Champions League, their recent form suggests that it won’t be a game which they have any intention of losing, and they will be looking to spoil any potential Chelsea party.

Chelsea were victorious in the earlier group match between the two thanks to goals from Tammy Abraham, and a late winner from Willian. The meeting in October was the first time that these two sides had met competitively.

The Referee for this fixture is Anastasios Sidiropoulos from Greece. The 40-year old has taken charge of two Champions League matches this campaign, awarding eight yellow cards. This considered, I would recommend a maximum of 50+ booking points. The Greek has taken charge of Chelsea before. He was the man in charge for Chelsea’s 6-0 win over Quarabag in the Champions League in 2017, where he awarded one yellow card.

This match will be shown live on BT Sport 2, with kick-off scheduled for 20:00 GMT.