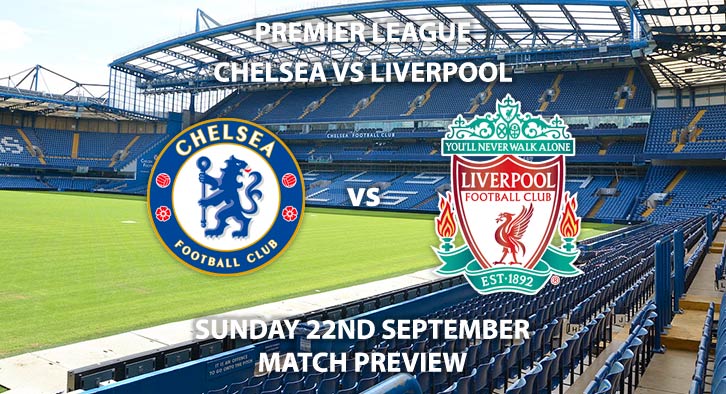 Liverpool aim to make it six wins from six in the Premier League when they travel to Stamford Bridge to face Chelsea on Sunday afternoon.

Both sides come into this fixture following disappointing midweek results in the Champions League. Chelsea were defeated 1-0 on home soil by Valencia, meanwhile Liverpool began the defence of their Champions League title with a 2-0 defeat to Napoli. Both managers will be expecting a strong response from their respective sides.

A win for Jurgen Klopp’s Liverpool will extend their winning run from last season’s Premier League season to 15 matches, a run only bettered by Pep Guardiola’s Manchester City, twice.  The record currently stands at 18, held by City in 2017.

The last time these two sides met, Liverpool ran out 2-0 winners at Anfield thanks to goals from Sadio Mane and a thunderbolt from Mohamed Salah. Mane and Salah both to score this weekend is priced at 6/1 on SkyBet.

Fledgling Chelsea boss Frank Lampard has already shown this season he is not afraid to use his younger players, and much has been made of the contributions of Tammy Abraham and Mason Mount. Incidentally, each of Chelsea’s nine Premier League goals this season have been scored by English players aged 21 or under. Tammy Abraham (6), Mason Mount (2) and Fikayo Tomori (1).  However, Mason Mount faces a race to be fit in time for this clash, as he limped off in the midweek defeat to Valencia with a suspected ankle sprain and has been given an outsider’s chance of appearing against Liverpool.

Liverpool will be eager to banish the feeling of their midweek defeat against Napoli and put things right this weekend with a win. However, in recent times Liverpool have struggled at Stamford Bridge, with their most recent win away to Chelsea coming three years ago.  A win for the reds this weekend is priced at 19/10 on SkyBet.

I think this match on paper is the pick of the bunch in this round of fixtures, and I as well as most am expecting a top-quality battle. Both sides will be eager to return to winning ways, but I feel Liverpool will just edge it and claim all three points in South London. I am backing Liverpool’s front three to be razor sharp as usual and extend their potentially record-breaking winning run.

This match will be televised live on Sky Sports Premier League on Sunday afternoon, with kick off scheduled for 16:30 BST.