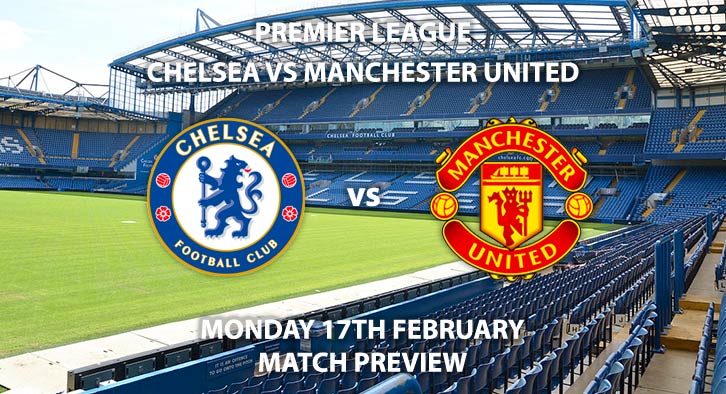 Both clubs still have hopes of qualifying for Champions League football next year with Chelsea five places and six points ahead of their opponents. Frank Lampard’s side, however, have just one win from their last five as we enter the business end of the season. Meanwhile, Manchester United also boast just one win from five but can climb two places in the table with a win.

Chelsea are favourites to win this match and are priced at 17/20 by SkyBet to do so. The Blues must improve their form if they are to finish in the top four places, with Spurs and Sheffield United breathing down their neck. Their home form has not been much better either, with three wins from seven in the league.

Striker Tammy Abraham will hope to end his month-long goal drought. He has netted 13 times this season and is priced at 23/20 to score anytime.

Manchester United are priced at 16/5 to win the match and pull off a huge away victory in their bid for European football next season. Ole Gunnar Solskjaer’s side need a win if they are to put real pressure on the Champions League spots in a mediocre season by their standards. A worrying sign for United is that they have failed to score in their last three league matches.

A man hoping to change their fortunes is January loanee signing Odion Ighalo. The Nigerian is set to make his debut for the Red Devils and is priced at 2/1 to score anytime.

The referee for this match will be Anthony Taylor. The official has not been shy when it has come to reaching for his pocket this season. Taylor has been one of the most ‘no-nonsense’ refs in the Premier League with an average of 45.5 booking points from his 20 topflight matches.

Chelsea vs Manchester United will be televised on Sky Sports Premier League HD and kicks off at 20:00.

– It’s tough to split these two sides with similar form records. Would be brave to call a winner.