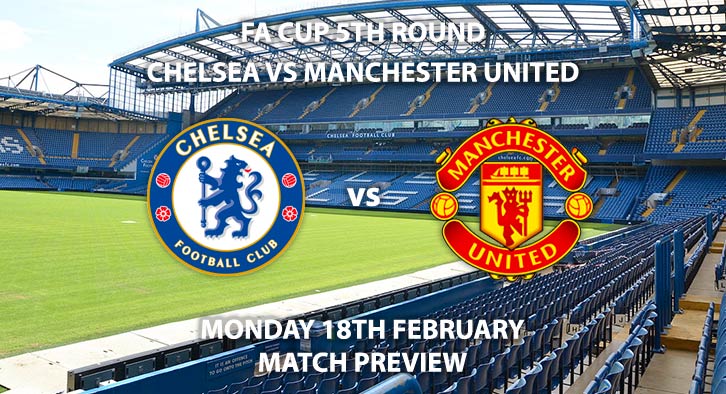 The Blues bounced back from their 6-0 mauling at Manchester City with a 2-1 win over Malmo in midweek. That result may prove more important than first suggested. The Europa League could prove to be the Blues’ best route into the Champions League, as they languish sixth in the Premier League. Although Maurizio Sarri’s side are only a point behind Manchester United, who occupy fourth spot, they would be silly to dismiss the importance of the EL. It’s that same competition that led them into Europe in 2012. Similarly, a cup triumph for Sarri would not go amiss. They’re already in the final for the Carabao Cup, which takes place next weekend, so another run in this competition would be superb. Realistically, Chelsea have a chance to end the season with three trophies, which isn’t to be sniffed at.

United will be wanting to bounce back from their first defeat under Ole Gunnar Solskjaer, after losing 2-0 to PSG in midweek. The Red Devils were outclassed by the French champions and have it all to do in Paris. Anthony Martial and Jesse Lingard were forced off with injuries in that match and, as a result, I’d be surprised to see them feature on Monday night. Paul Pogba was also sent off on Tuesday, but he is eligible to play in this game. On the road, United have won every game under Solskjaer, so they will still come into this tie thinking they can get a positive result. United’s heritage in this competition means that OGS will take it seriously and name his strongest possible side.

Kevin Friend is the referee for this fixture. The Englishman has officiated 12 top-flight matches this season. In that time, he has accumulated an average booking points total of 40.4. Therefore, I would advise a maximum of 60+ total points for this fixture.

This is no doubt the game of the round and both sides will be out to prove a point. Chelsea will be desperate not to get rolled over after last weekend’s disappointment. Therefore,  I think they will ensure they don’t lose this tie within the 90 minutes at minimum.

Chelsea vs Manchester United will be televised live in the UK on BBC One with kick off at 20:00 GMT.