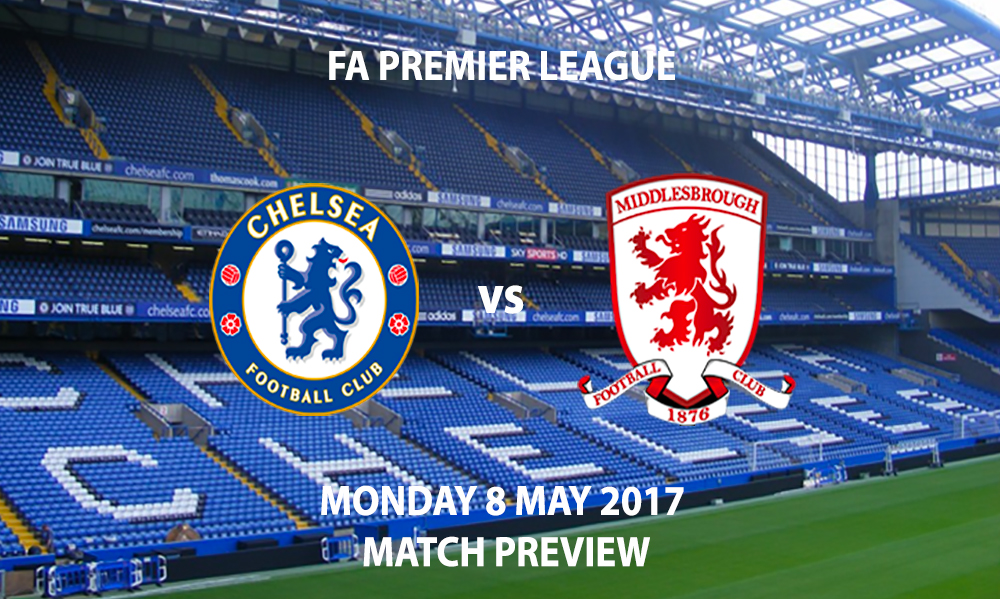 Chelsea head in to tonight’s game with less pressure than expected as their main rivals challenging for the league title, Tottenham, were unable to capitalise on playing before the Blues on Friday night when losing to West Ham at the Olympic Stadium. Antonio Conte and his men have a four point lead and can make it seven if they can beat Middlesbrough tonight leaving them to find only three points from the last 3 remaining games of the season to become League champions.

Middlesbrough’s fate could be sealed tonight with a loss at Stamford Bridge, relegating them down to the Championship with David Moyes’ Sunderland. With seven points adrift from safety, a draw or win would keep their league hopes alive until the weekend for the leagues lowest scorers.

Chelsea will look to capitalise on Tottenham’s loss on Friday and will surely start with their star duo of Diego Costa and Eden Hazard. Willian will be pushing for a start as will Pedro, who has been in good form. Football Writers’ Footballer of the Year, Ngolo Kante could be a doubt with a thigh problem and Brazilian centre back David Luiz looks set to miss out after appearing to sustain a groin injury in the 3-0 away win against Everton.

Middlesbrough will be without Gaston Ramirez as he continues to recover from a pelvic problem. Victor Valdes and Danel Ayala also remain doubts for the game tonight. Grant Leadbitter and Adlene Guedioura have returned to training after injuries and could feature. 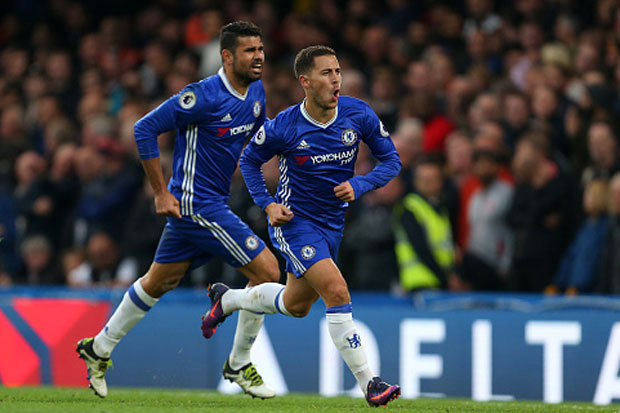 Hazard and Costa will be key in Chelsea’s remaining games Photo Credit: Dailystar.co.uk

Both Eden Hazard and Diego Costa have been pivotal in the success of Chelsea’s league campaign and the two attackers can bring the Blues one step closer tonight with a victory against The Boro. Costa needs one more goal to equal his best goalscoring record in the league which stands at 20 in a season, accomplished back in 2014-2015.

Middlesbrough will need to be resilient at the back as they are the lowest scorers in the league and if they can work together and hold Chelsea to a draw, survival for Steve Agnew’s men will be alive for one more week.

Chelsea are hoping to maintain a great home record with a victory tonight as they boast a record of 13 wins from 14 at Stamford Bridge.

Middlesbrough have not won away from home since the second week of the season, losing 5 from their last 6.