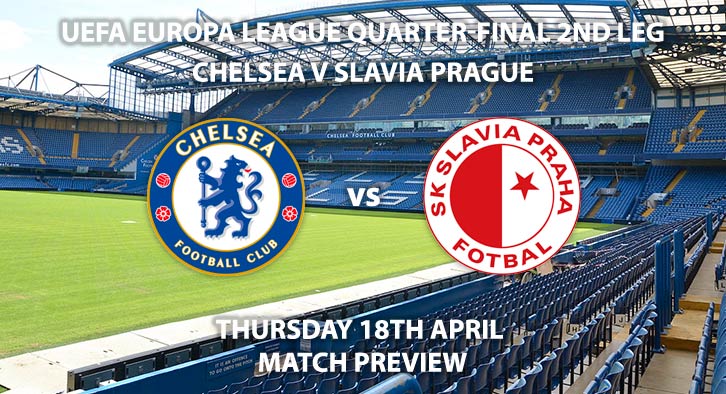 Chelsea will host Slavia Prague in the second leg of their UEFA Europa League tie.

The first leg was rather tame, with the London club gaining the slight advantage into this leg with a 1-0 win. An 86thminute goal from defender Marcos Alonso is the only difference so far however with it an away goal it could prove crucial.

Chelsea are clear favourites for this match and are priced at 1/3 to win this match by SkyBet. The Blues are in good form, especially at Stamford Bridge. They are unbeaten in six matches at home and their talisman Eden Hazard is in incredible form. The attacker has 16 goals and 12 assists in the league and is 3/1 to open the scoring on Thursday night.

In four of their last five matches at home they have managed to keep a clean sheet. As they are heavy favourites for this match it is likely it could happen again and they are 1/1 to win to nil.

Slavia Prague have a tough test ahead of them and are priced at a huge 8/1 to win. The Czech Republic side made a good account of themselves in the first leg but have a tougher test on their travels. They face a team who love playing at home however they managed to fashion some good chances in the first leg. Striker Miroslav Stoch has been the most clinical in their team this season and is 4/1 to score anytime.

The referee for this match will be Slovenian Damir Skomina. The official may not have too much on his plate as the first leg saw just one card brandished. SkyBet are offering 6/4 for 50+ booking points.

Chelsea vs Slavia Prague will be televised on BT Sport 3 and kicks off at 20:00.

– The hosts should cruise to an easy victory.