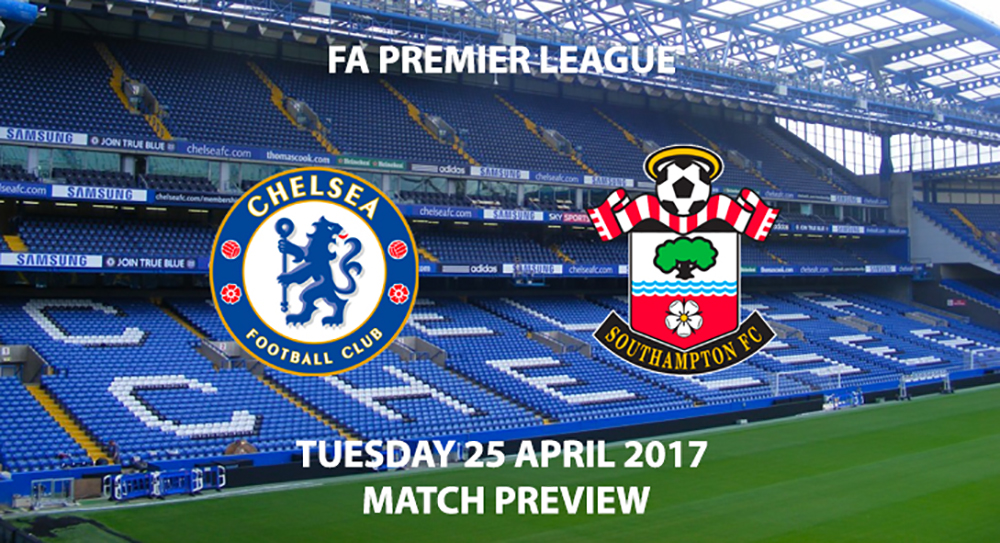 Chelsea take on Southampton in the Premier League tonight at Stamford Bridge in a game that Antonio Conte must win to extend the lead at the top of the table to 7 points – even if it is only just for one day as Tottenham, who sit in 2nd, take on Crystal Palace the following night. The win would also keep the pressure on Spurs, who at a similar time last year lost to Chelsea whilst trying to gain ground on Leicester, ending their title campaign.

Southampton have had a good season so far, with Claude Puel’s side currently in 9th position, three points behind West Brom but a huge 17 points off Arsenal, who sit in 7th place. The Europa League looks a distance away for the Saints and a top half finish looks to be their only hope this season.

Diego Costa and Eden Hazard are set to return to the starting XI tonight for Chelsea with Michy Batshuayi, who started the FA Cup Semi Final, returning to the bench.

Willian could also start after scoring twice against Spurs in the FA Cup Semi Final on the weekend, with Conte having to decide between the Brazilian and Spaniard, Pedro.

Gary Cahill could return to action after suffering from gastroenteritis though former Bournemouth loanee, Nathan Ake, who started in place of Cahill on Saturday, will also be pushing for his 2nd consecutive start.

Southampton have former Chelsea midfielder, Oriel Romelu, back from suspension but Sam Mcqueen is set to miss out due to a groin strain.

Matt Targett and Charlie Austin are still sidelined but will be returning to training later this week.

Centre back, Virgil van Djik will be out for the remainder of the season as he continues to recover from ligament damage in his foot. 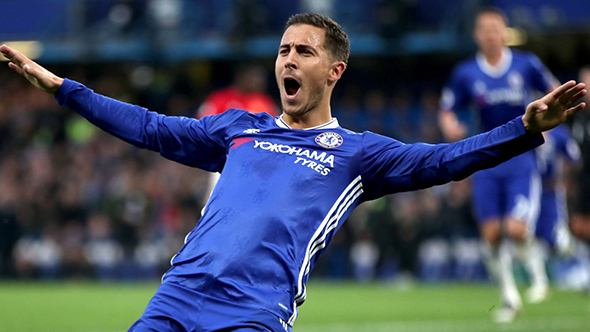 Hazard has been in fantastic form this season Photo Credit: skysports.com

Though he had a slight dip in form last season, Eden Hazard has shown everyone what he is capable of once again. With 14 goals and 5 assists in 30 league appearances this season, Hazard has shown why Real Madrid have made him their top transfer target in the summer.

With his speed and pace along with his close control of the ball, similarly to Lionel Messi of Barcelona, Hazard moves elegantly across the pitch, scoring and providing for his team mates.

Manchester United saw just how much influence the 26-year-old has for Chelsea, when constantly fouling the Belgian in the FA Cup Quarter Final match, where Ander Herrera was sent off for fouling Hazard.

His link up play with Costa has been pivotal to the two scoring goals and causing chaos in the oppositions half and the same could occur tonight if Southampton do not keep their concentration.

Striker Manolo Gabbiadini should be back in the squad for the Saints after suffering a groin injury. The Italian scored 6 goals in 6 appearances before being sidelined and the Saints will be looking to the 25 year old to rekindle his goalscoring touch to gain a win in West London. 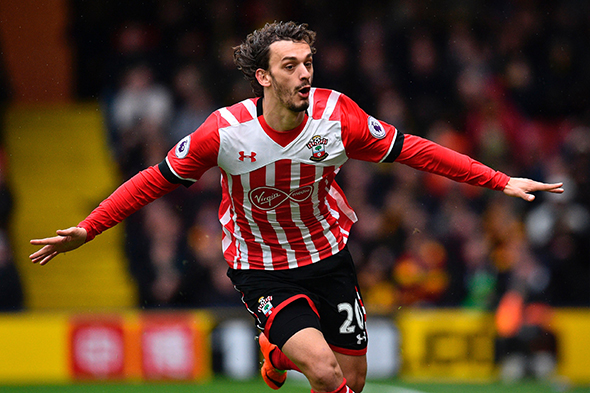 Gabbiadini is set to return tonight after recovering from injury Photo Credit: premierleague.com

With Chelsea in high confidence after the FA Cup Semi Final win on Saturday, Claude Puel’s men will have a tough time of it tonight and I can see the game ending in a home win with Hazard and Costa playing a huge role in the fixture.