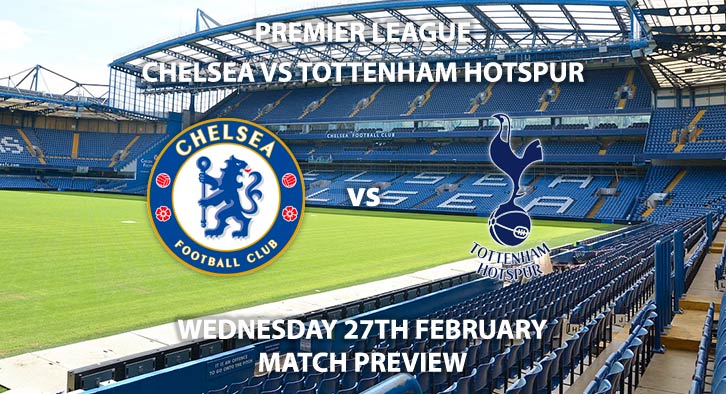 Chelsea vs Tottenham Hotspur: Chelsea will be hoping to bounce back from their Carabao Cup final defeat when they host Tottenham at Stamford Bridge, hoping to move back into the top four.

Maurizio Sarri’s side put on a much-improved display in the capital after taking Manchester City to penalties. Sarri, who is under massive pressure, showed a willingness to adapt, which is the first time we’ve seen that under the Italian. The match was overshadowed by Kepa Arrizabalaga’s antics, after refusing to be substituted. The incident looks bad, not only for the Spanish ‘keeper, but for Sarri as well. It highlighted the problem with Chelsea, the manager has no respect from his players, due to their sacking culture. It’ll be interesting to see if Kepa start tonight – I think he will – or if Sarri sticks to his guns. A win for Chelsea could see them move up to fourth. They’re currently three points behind Arsenal, but do hold a game in hand. Whether they secure Champions League football or not could be the defining factor in Sarri’s long-term future.

Tottenham suffered their first defeat four league outings after Burnley beat them 2-1. Harry Kane made his injury comeback at Turf Moore but couldn’t steer his side to three points, despite getting on the scoresheet. This is the first game in a big week for Spurs, they face Chelsea, Arsenal and Borussia Dortmund in the space of six season-defining days. They hold a strong lead over the German league-leaders but games against the Blues and the Gunners could have a big impact on their season. Although outsiders, Mauricio Pochettino’s side are only six points behind Liverpool at the top of the table. There is still a small chance they could challenge for the title, especially with Kane back to full fitness.

Andre Marriner is the referee for this fixture. The Englishman has officiated 32 top-flight matches this season. In that time, he has accumulated an average booking points total of 33. Therefore, I would advise a maximum of 50+ total points for this fixture.

Chelsea will be hopeful of building on their performance at the weekend and will look to send out a signal against Spurs. Similarly, Tottenham won’t want to suffer back-to-back defeats, especially to a rival. Therefore, I’m going for a draw.

Chelsea vs Tottenham Hotspur will be televised live in the UK on BT Sport 1 with kick off at 19:45.

Odds and markets last updated on Wednesday 26th February @18:02 GMT. Keep checking back to see if there’s any updates to markets – the time stamp in the previous sentence for when we update tips on this page will be updated.