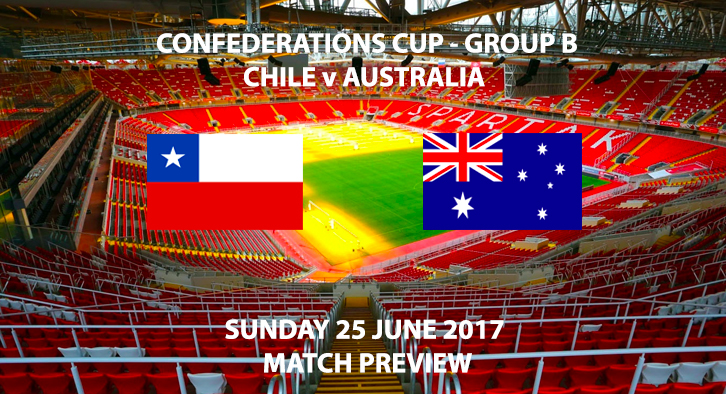 Chile vs Australia – Match Preview – Chile face Australia at the 2017 Confederations Cup where the South Americans will be looking to book their place in the next round with just a point required. Australia’s hopes of qualifying are slim but not impossible, the Aussies will require a three-goal winning margin over the current Group B leaders, Chile. The bookmakers are unsurprisingly favouring Chile to get the victory but the ‘Soceroos’ aren’t going down without a fight.

Chile most recently drew with the World Champions, Germany, 1-1 in Group B. An impressive display from the Chileans has left many pundits believing that they will be the team to beat in this tournament. Arsenal’s Alexis Sanchez put the South American’s ahead inside six minutes however prolific German striker, Lars Stindl, equalled proceedings just before the break. Bayern Munich midfielder, Arturo Vidal, has been fantastic for Chile so far in this tournament; his relentless energy in the middle of the park and his vision on the ball has allowed the attacking consisting of Sanchez and Eduardo Vargas to flourish. If Australia are within any chance of getting the result they need, they will have to keep Vidal quiet. Can Chile secure their spot in the next round?

Australia will remain hopeful ahead of Sundays match up. Most recently, the Aussies drew with fellow Group B strugglers and African champions, Cameroon. The ‘Soceroos’ conceded on the stroke of half time but managed to share the points thanks to a second half penalty from Mark Milligan. Former Huddersfield loanee, Aaron Mooy, is crucial to the Australian side with his creativity on the ball and his controlling of the midfield. Longstanding legend, Tim Cahill, also made a brief appearance in their draw with Cameroon but could see more game time as Australia aim to get three points from this tough encounter. Can Australia cause an upset? 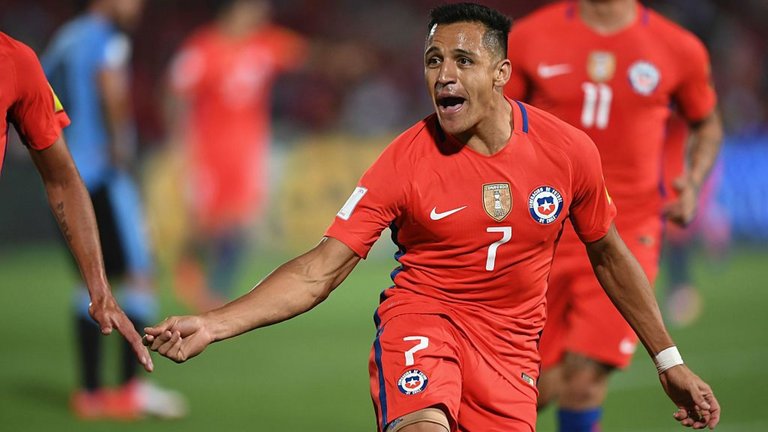 Chile are still without goalkeeper Claudio Bravo due to injury and now centre-back Gary Medel due to muscular problems.

Alexis Sanchez will be under the spotlight yet again for his country, can he provide the goods?

Australia have no fresh injury worries ahead of the match.

Aaron Mooy will be looking to help get on the scoresheet throughout the match, can he achieve this?