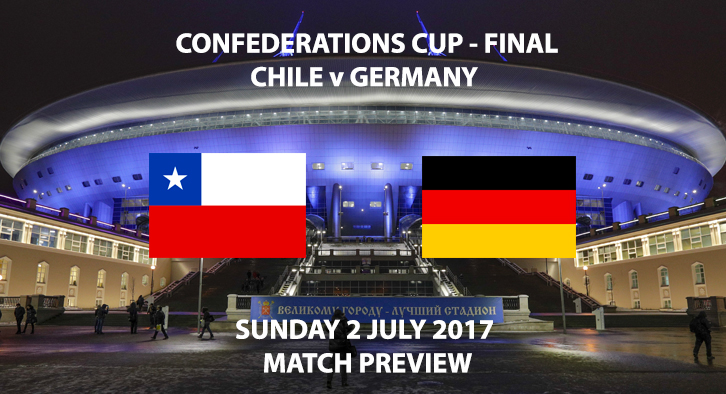 Both sides have become accustomed to success on the international stage in recent years; Germany having won the 2014 World Cup and only losing in Euro 2016 to runners-up and hosts France. Whilst Chile have won the last two Copa Americas, in 2015 and 2016. With success now ingrained into their very nature, anything less than victory will be a massive disappointment for either country.

On reflection this is a fair final match-up. Arguably the two form teams in world football, overall Germany and Chile have been the two strongest teams throughout the competition, neither suffering a loss at any stage so far.
In fact, the only match Germany have failed to win in the tournament was an entertaining 1-1 draw with Chile, where Alexis Sanchez became his national team’s all-time record goal-scorer with a 6th minute strike before Lars Stindl equalised before the break. 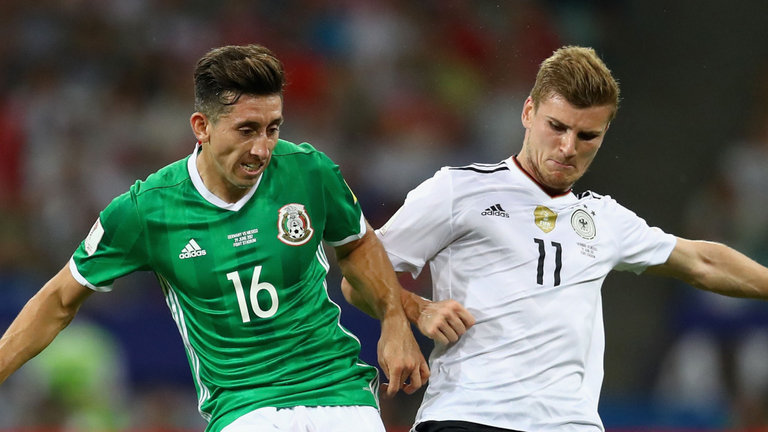 Germany comfortably topped Group B with 3-2 and 3-1 victories over Australia and Cameroon respectively either side of the aforementioned draw with Chile.
A semi-final against Group A runners-up Mexico was the prize and there Joachim Low’s men truly turned on the style, clinically punishing El Tri in a 4-1 thrashing where Schalke playmaker Leon Goretzka played superbly – scoring twice.

It very much seems like a German player will win the Golden Boot too, Lars Stindl and Timo Werner (Werner ahead with one assist compared to Stindl’s none) are both currently on three goals with Goretzka on two whilst the only other player in the tournament who has scored more than once is Cristiano Ronaldo, who is now knocked out and home.

Chile’s path to the final was a tad more strenuous, leaving it late to beat Cameroon 2-0 with both goals coming in the final 10 minutes. Two unconvincing 1-1 draws against Germany and Australia followed, but 2nd place in Group B was deservedly La Roja’s. 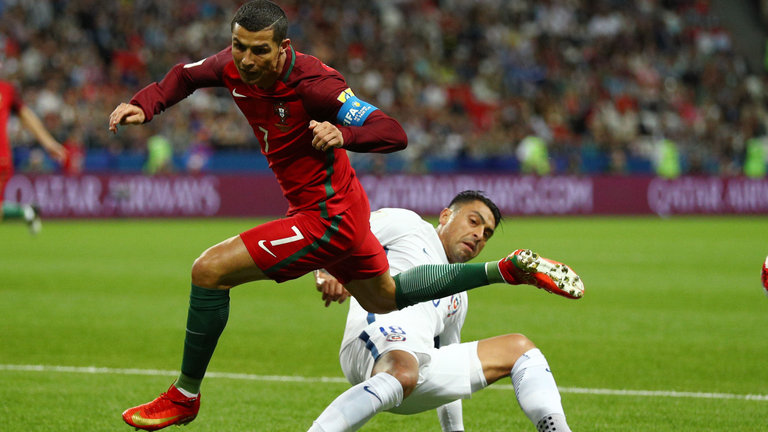 Juan Antonio Pizzi’s team were excellent again in the semi-final against Portugal; containing Ronaldo and nullifying the Selecao threat while creating several great opportunities themselves. Arturo Vidal hitting the post and a clear-cut penalty not being given took the match to penalties – where Claudio Bravo saved all 3 of the Portuguese penalties he faced to become national hero for the night and take his side just one step away from glory.

Germany’s most effective periods in matches have been when they have dictated play and dominated in the midfield areas, however the aggressive threat of Chile’s work-rate and press will be a different prospect to the side they faced in the group stage and any other side in the competition.
Chile attack fast and incisively and with a player like Alexis Sanchez in their ranks are always a threat when driving at space.

Germany come into the match as favourites, as they have done all throughout the tournament, but an unquestionably intriguing match-up between contrasting styles is promised. Whilst the game itself is expected to be tense and perhaps not the goal-fest all fans crave, tactical ingenuity will be evident and it could well come down to passion and desire, qualities very much synonymous with Chilean football. Could La Roja cause a major upset and win a third international trophy in as many years?

Whatever happens, there will be a new name on the Confederations Cup trophy as neither side has won this crown previously. Both sides will be desperate to exert their international dominance and claim the trophy.

Team News
There are no fresh injury concerns from the previous matches for either Germany or Chile. 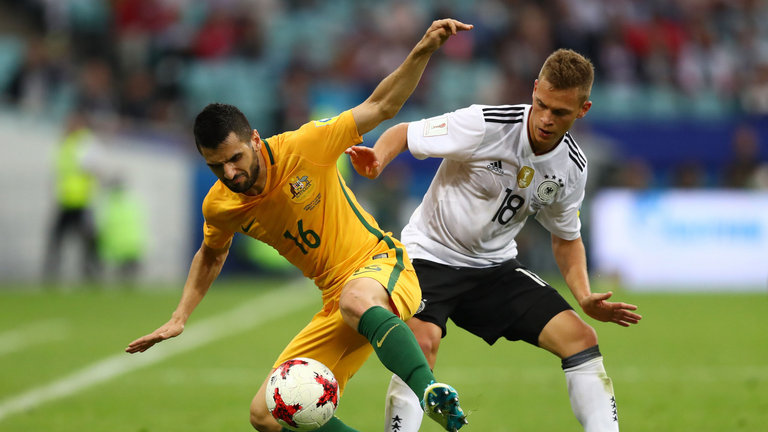 Kimmich has been in great form for both club and country Photo Credit: skysports.com

Players to Watch
Joshua Kimmich is one of the most effective and versatile footballers in world football. Since his move to Bayern Munich in 2015 the 22-year-old has been deployed in central midfield, right-back, and centre-back to pronounced effect for both club and country. He is a complete team player and reads the game with an intelligence beyond his years. Composed on the ball with wonderful distribution and a great eye for a killer pass, Kimmich is as skilled going forward as he is defensively. He will undoubtedly be a key player not only in this final, but for Bayern Munich and Germany for many years to come. 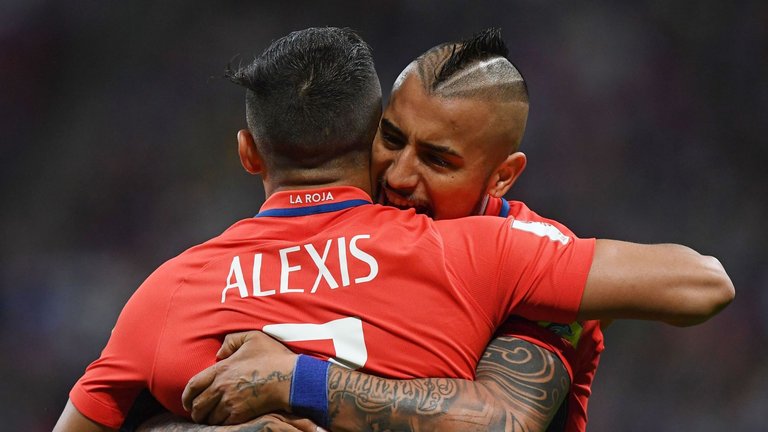 Kimmich’s club teammate Arturo Vidal is one of the first names on any team-sheet. The all-action midfielder is adept at all facets of the beautiful game, be it a powerful tackle or a shot from distance, or a deft pass behind the defence he is the complete footballer. Named in the Copa America Team of the Tournament for both of Chile’s successes, and with a host of both team and personal accolades throughout his illustrious career, the 30-year-old is no stranger to the big occasion and at his best is more than capable of winning this final single-handedly.