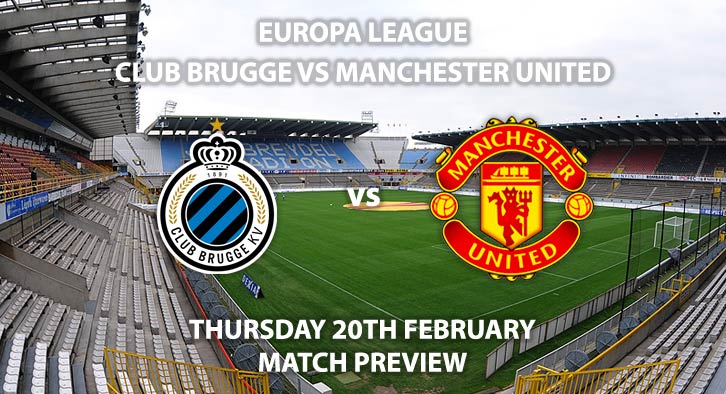 Manchester United return to Europa league this week when they travel to Belgium to face Club Brugge on Thursday evening.

Ole Gunnar Solskjaer’s side returned from the Premier League winter break with a fine 2-0 win over Chelsea at Stamford Bridge in Monday night. Goals from Anthony Martial and Harry Maguire sealed the victory, but it’s a quick turnaround for the Red Devils, who have only two full days to prepare ahead of this one.

Club Brugge started their European expedition in this season’s Champions League, where they were ultimately eliminated but finished well enough to secure a place in the Europa League. Brugge finished 3rd in group A, behind Real Madrid and 1st placed PSG. Overcoming them European powerhouses was a near impossible task, however the Belgian side did give Madrid a scare at the Santiago Bernabeu. They raced into a first-half 2-0 lead before being pegged back, drawing 2-2. Brugge failed to win any of their group matches, drawing three and losing three.

Manchester United on the other hand finished top of Group L, winning four, drawing one and losing one of their six group matches. United conceded two goals in six matches, and they came in their 2-1 defeat away to Astana. 5/6 clean sheets for the group stage is an impressive feat, and SkyBet are offering a Manchester United win to nil at 10/3.

These two sides have met twice before in Europe which came back in the 2015/16 Champions League campaign. Manchester United won both comprehensively, 3-1 at Old Trafford before a 4-0 win away in Belgium.

For the first time in the history of the Europa League, VAR will be implemented into the latter stage of the competition.

Club Brugge vs Manchester United will be televised live in the UK on BT Sport 2 with an early kick-off time off 17:55.