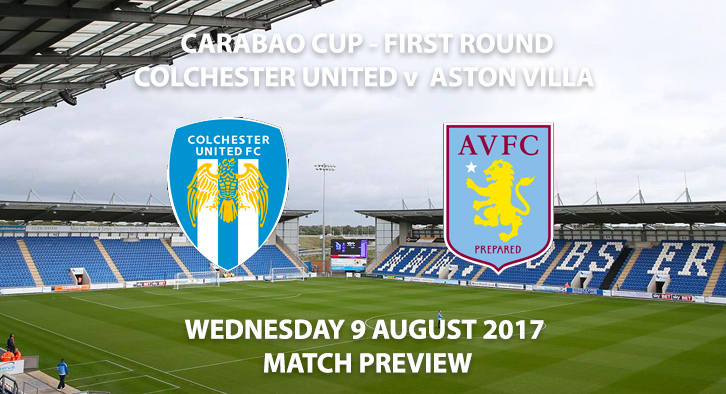 Colchester United vs Aston Villa – Match Preview –  Colchester United are hosting Championship side Aston Villa in their opening match in the newly-branded, Carabao Cup. The League Two side face one of the toughest draws with the Premier League sides set to enter the tournament at the latter stages.

In their previous outing, Colchester fell to the feet of Accrington Stanley in a 3-1 defeat that didn’t give them the ideal start to their League Two campaign. Steve Bruce’s Aston Villa side drew with Hull in their Championship curtain raiser as hot-cold striker Gabby Agbonlahor scored inside the first seven minutes of their Championship campaign.

The League Cup is renowned for providing big shocks in the early stages, often with plenty of ‘squad rotation’ players featuring for the higher ranked clubs. Colchester will be hoping that their opponents will feature some youth and squad rotation players to help their bid to provide one of the big shocks of the round. Big odds for Colchester in this one.

Aston Villa have had yet another summer strengthening their squad from top to bottom. The most noticeable addition so far this transfer window has been the arrival of Chelsea legend, John Terry on a one-year deal. The 36-year-old played the full 90 minutes in the ‘Villians’ season opener but will be unlikely to feature in this match. 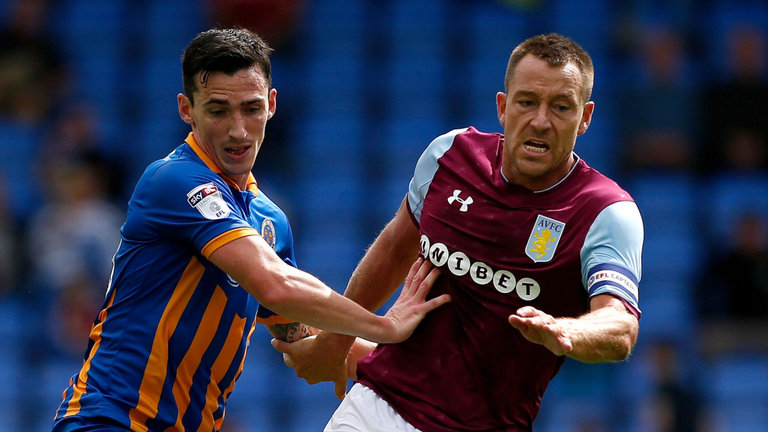 Aston Villa are clear favourites for this tie, however it is unclear the team that Steve Bruce will play. Bruce’s focus will be on gaining promotion back to the Premier League and it is unlikely he will name a strong squad; at risk of injuries. However, with their pride taking some battering over the recent years, the thought of getting knocked out this early to a lower league side isn’t ideal for the club or fans. Clear favourites for this match.

The initial stages of the League Cup can often see some goal-fests with plenty of second string defenders and goalkeepers crossing the white line. It is very possible we could see plenty of goals in this match.

Gabby Agbonlahor had the dream start to his Championship campaign with a goal. If he starts again, he could be causing plenty of problems for the Colchester defence.