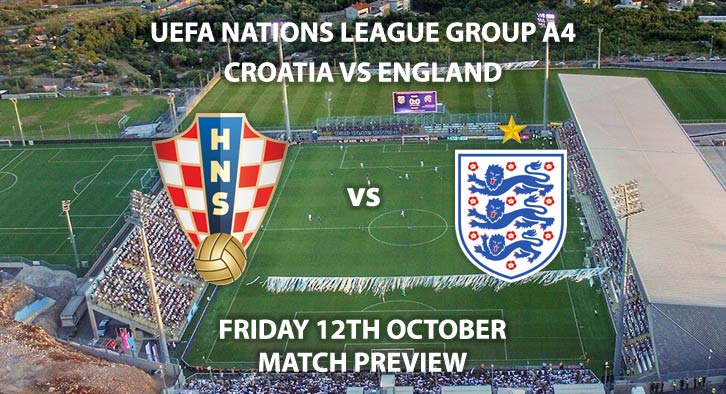 Croatia vs England: England will be looking to avenge their World Cup semi-final defeat when they face Croatia in their second UEFA Nations League match.

Gareth Southgate will need few reminders of the match that stopped England reaching the World Cup final in July. Mario Madzukic’s late winner still live long in the memory of the players and supporters. Now, England must try and replicate their stunning 4-1 win against Croatia in 2008, where Theo Walcott scored a memorable hattrick. Southgate has named a youthful squad once again, with Mason Mount, Jadon Sancho and James Maddison all handed their first call-ups.

England have been crying out for some creativity in midfield, so the inclusion of Mount, Maddison, and Harry Winks may offer that. Ross Barkley has also been handed a recall, at the expenses of Chelsea teammate Ruben Loftus-Cheek. The attacking midfielder has impressed under Maurizio Sarri so far this season, grabbing a goal and an assist in their recent win over Southampton. If Barkley can continue his early-season form, there is no reason why he can’t realise his obvious potential and become an integral figure for club and country.

Croatia boss Zlatko Dalic has named much of the same squad following their appearance in the final of the World Cup in the summer. Ballon d’Or nominee Luka Modric will be desperate to steal the show, as he did when the sides met in Russia. Chelsea loanee Mateo Kovacic will be looking to earn himself a start; the Croatian playmaker has settled into life in West London since joining on loan from Real Madrid. They will be without Juventus striker Mandzukic for this game, with former Leicester striker Andrej Kramaric expected to deputise.

Felix Brych is the referee for this game. The German has officiated three Bundesliga games this season, accumulating an average cards total of 1.33 per game. Therefore, I would advise a maximum of 40+ total points for this game.

Having lost to Spain last time out, England need a result if they’re to avoid being relegated from Group 4A. I think the strength of the side Southgate puts out will indicate what he thinks of this competition, but having lost to Croatia in July, they will be desperate to restore some pride.

Croatia vs England will be televised live in the UK on Sky Sports Main Event with kick off at 19:45 GMT.