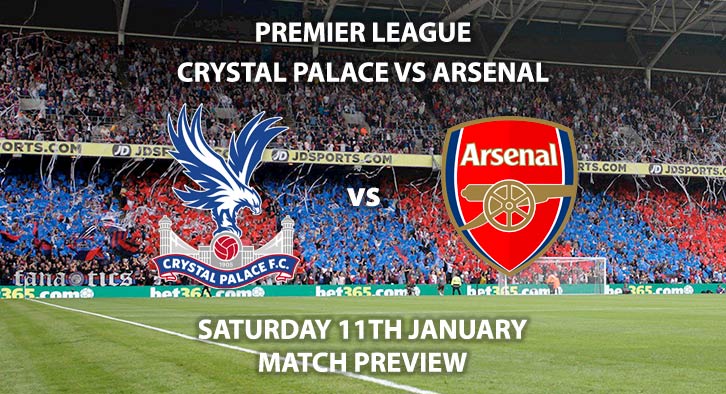 Roy Hodgson’s side will be eager to return to action following their disappointing defeat to Derby County in the FA Cup. Arsenal on the other hand managed to progress to the fourth round following their 1-0 victory over Leeds on Monday night.

In the Premier League however, Palace are in a good way and are unbeaten in their last three. In fact, the Eagles have lost once since November which has seen them rise as high as ninth in the League.

Arsenal on the other hand will be keen to kick on from their victory over Manchester United prior to their FA Cup exploits; which was Mikel Arteta’s first win since becoming Gunners boss. Arsenal have lost one of the Spaniard’s four matches in charge so far, and will be hoping to come away with something from Saturday’s encounter if they are to keep their faint hopes of securing European football next for next season alive.

Crystal Palace have lost seven games this season, and four of them have come at Selhurst Park. SkyBet have priced a Palace win at 3/1 to win on Saturday.

These two sides played out a 2-2 draw at the end of October. Palace came from 2-0 down to leave with a share of the spoils thanks to Jordan Ayew’s second half leveller.

Palace’s last win at Selhurst Park over Arsenal came in April 2017. Arsenal on the other hand have lost twice in their last twenty matches against Palace, with both defeats coming in the last three years.

The referee from this game is Paul Tierney. The Englishman has taken charge of fifteen Premier League matches this season, accumulating a total of forty-three yellow cards. Tierney is yet to award a red card in the league this season. I would recommend a minimum of 30+ yellow cards for this fixture.

Crystal Palace vs Arsenal will be televised live in the UK on BT Sport 1 with kick off at 12:30 GMT.