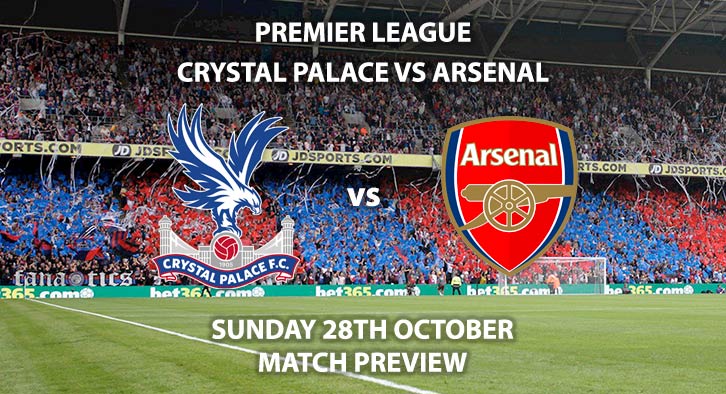 Crystal Palace vs Arsenal: The Gunners will be looking for to extend their 11 games unbeaten run with another victory when they take on Crystal Palace at Selhurst Park.

The Gunners grabbed another win in midweek against Sporting Lisbon in midweek. Danny Welbeck’s second-half strike extended their winning run to 11 matches, ensured maximum points in Portugal. Arsenal now have nine points from their opening three matches in the Europa League as they sit top of Group E. In the Premier League, against Leicester on Monday night, Mesut Ozil reminded the home faithful how good he can be. The German scored and played key roles in Arsenal’s second and third goal as they came back from a goal down to win 3-1. Pierre Emerick Aubameyang grabbed a brace off the bench to extend his recent form in front of goal.

Crystal Palace will be looking to address a run of three straight defeats against Arsenal. Roy Hodgson’s side have won just once in their last eight league games. That worrying run has seen the drop to 15th in the Premier League table, two points clear of the bottom three. Last time out they lost 2-0 at Everton, with two late goals costing them a point. Luka Milivojevic missed a crucial penalty with the score at 0-0, which could have seen Palace to take the lead in the game. That missed kick came back to bite them, which will worry Hodgson. Wilfried Zaha aside, Palace are lacking a real threat in front of goal, which is costing them results. Defensively they aren’t too bad; conceding 12 goals in their last eight, but they’ve only scored three times. If Zaha doesn’t score, neither do palace.

Martin Atkinson is the referee for this game. The Englishman has taken charge of nine Championship games this season, accumulating an average booking points total of 35.6. As a result, I would advise a maximum of 50+ total points for this game.

Arsenal have shown no signs of letting up recently and their comeback against Leicester showed they are made of sterner stuff these days. Palace are in rotten form and can’t score for toffee at the moment, so I’m going with an away win.

Crystal Palace vs Arsenal will be televised live in the UK on Sky Sports Premier League with kick off at 13:30 GMT.